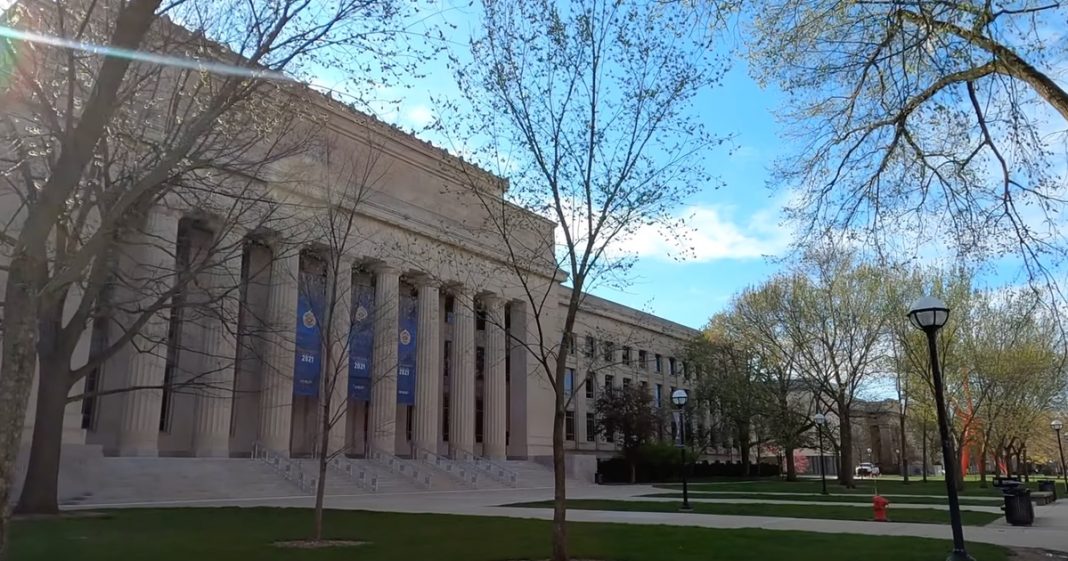 America’s universities have been completely captured.

Colleges have always been liberal, but now they’re controlled by the authoritarian Left.

And one university lecturer was just forced to step down for an unthinkable reason.

All the forms of “wokeness” that are tearing apart America all sprang from the university system.

Anyone who isn’t a full-blown leftist runs the risk of having his career ruined.

Even dyed-in-the-wool liberal professors are not safe.

And a lecturer at the University of Michigan found that out the hard way when he was forced to step down after offending his students.

“A celebrated Chinese-American composer and musician, praised globally for his multicultural influences, has been replaced from a class he was teaching at the University of Michigan amid charges of racial insensitivity. Bright Sheng ignited controversy on Sept. 10 by showing students the 1965 film version of Shakespeare’s Othello…which featured acclaimed actor Laurence Olivier in blackface. The image reportedly invaded the safe space inhabited by today’s cancel-culture generation of college students. Sheng failed to properly prepare his students to see the outdated image of an actor in blackface, charged one colleague.”

Sheng’s “crime” is showing the film without proper context.

Both students and colleagues took public shots at him for violating the “safe space” that is the university.

“To show the film now, especially without substantial framing, content advisory and a focus on its inherent racism is in itself a racist act, regardless of the professor’s intentions…We need to acknowledge that as a community.”

The Sheng episode is not unique.

Free speech is being chilled and flat-out extinguished on college campuses that have become authoritarian.

Renowned Romanian-born theater director Andrei Serban resigned from Columbia University because he felt the school was “on its way toward full-blown communism.”

Serban said during an interview on Romanian television, “I felt like I was living under communism again.”

And it’s not by accident.

The current university climate is the culmination of fifty-plus years of far-left indoctrination and infiltration.

Herbert Marcuse, a prominent figure of the neo-Marxist Frankfurt School, wrote in an essay called “Repressive Tolerance” that the Left is righteous in being intolerant of “the intolerant,” namely the Right in his view.

That is the ethos that undergirds the modern Left – they feel justified in being as authoritarian as possible against any ideological opponent.

Higher education and K-12 education have both been compromised beyond the point of recognition.