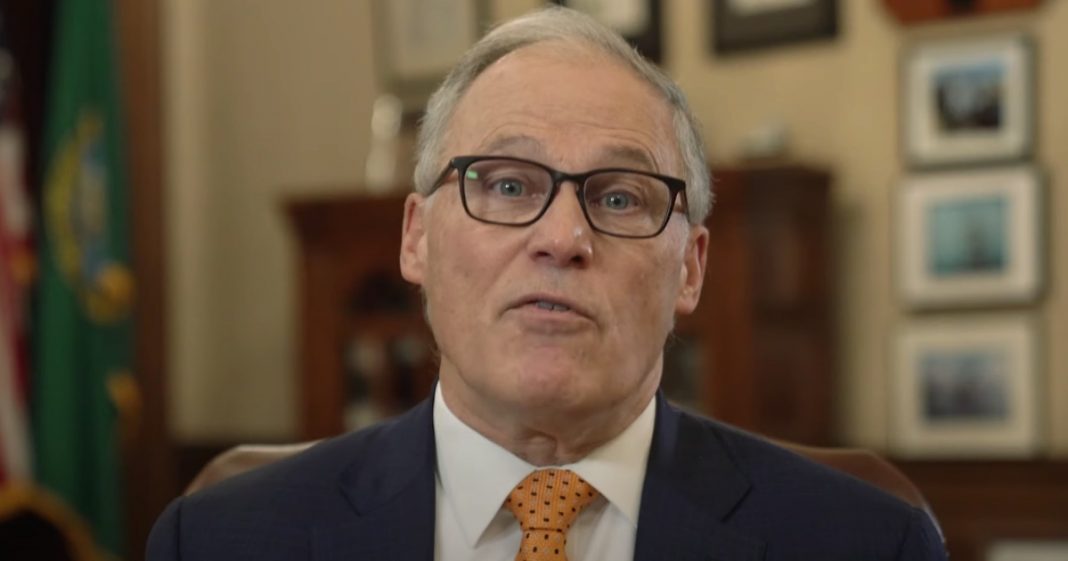 Leftists have started their push to force us all to get the jab.

But as many people resist they find new ways to force the vaccine upon them.

And one Democrat Governor is about to cause a riot after forcing every teacher in the state to get jabbed.

We could all see the writing on the wall.

As COVID surged again even with the majority of America vaccinated, leftists doubled down on forcing the jab.

Fearing political blowback for doing it himself, Biden decided to force citizens to get it through the private sector.

Biden says he’s pleased to see private sector employers requiring the vaccine: “Employers have more power today to end this pandemic than they have ever had before.”

“My message is simple: Do the right thing for your employees, consumers and businesses” https://t.co/DN6Nn7w2D1 pic.twitter.com/8wLTwkVFKo

And some local officials, like the Mayor of New York Bill de Blasio, are even keeping those unvaccinated out of places like restaurants and gyms.

His vaccine mandate for New York City has created more pushback than the Left could have expected.

The crowd at today's @NYYRC rally outside of Gracie Mansion to protest DeBlasio's vaccine mandate was massive. pic.twitter.com/Feck6MSX2V

But now one leftist state Governor is taking it a step further.

Washington Governor Jay Inslee announced on Wednesday that all certified teachers in the state must get the vaccine to keep their jobs.

This applies to both government and private schools.

In the press conference, Inslee demanded that “today I’m announcing a vaccine requirement for K through 12 educators, for school staff, coaches, bus drivers, school volunteers, and others who spend time in these schools with children.”

He later explained that “there will be no test out option available. This will be a condition of employment.”

It will only be a matter of time until we are all forced to get the jab as more leftist politicians test their power over us.