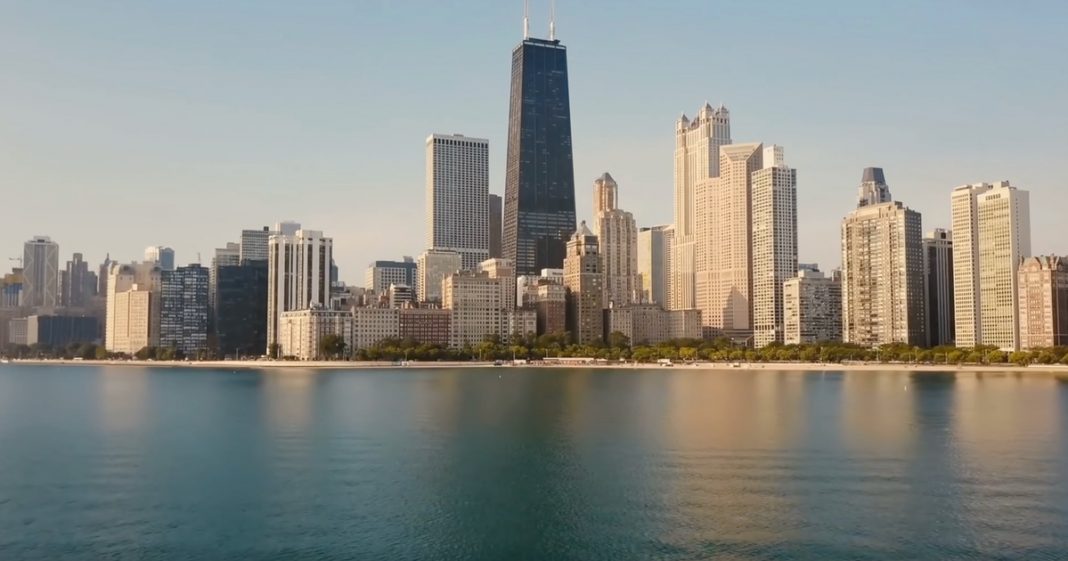 The truth is, there are very few advantages to doing business in a blue state.

Taxes are ridiculous, unions are way too powerful and over-burdensome regulations make efficiency a pipedream.

That’s why this major Fortune 500 company is fleeing Chicago for this thriving red state.

Over the last several decades, there has been a mass exodus of people and businesses from blue states such as California and New York.

These economic refugees have moved in droves to red states such as Utah, Arizona, Virginia, Nevada, and Texas but instead of changing their habits, they continue to vote for leftists.

Albert Einstein once famously said that the definition of insanity is doing the same thing over and over again and expecting a different result.

But people are not the only ones moving away from blue states, businesses are relocating as well and it is easy to see why.

States such as Texas and Virginia have low tax rates and are Right to Work states that ban compulsory unionism.

These pro-business policies are a major incentive to businesses and thousands of businesses have relocated as a result.

The once-thriving northeast and west coast regions of America are now industrial wastelands.

It seems like there is a major company moving to Texas on a daily basis.

The latest company to make this move is the manufacturing giant, Caterpillar.

Caterpillar is one of the largest construction equipment manufacturers in the world, and their machines can be seen at just about every construction site in the nation.

In fact, last year Caterpillar ranked 73 on the Fortune 500 list, proving just how powerful they are.

But after years of operating from the deep-blue city of Chicago, corporate offices are packing up and leaving for the red state of Texas.

This is one of many major companies that have turned their back on Illinois and the city of Chicago.

As it stands, Chicago is one of the most dangerous cities in America and is extremely expensive to do business in.

It does not help that unions still run that city, and finding efficient and motivated laborers is virtually impossible.

The sad truth is that Chicago is a city in rapid decline.

They, like many other Democrat-controlled cities, are beginning to see the negative effects of treating businesses and business owners like villains.

Texas on the other hand is thriving due to years of smart, pro-business policies, which have made life in Texas and the Texan economy way better than the national average.

Until Chicago is willing to get serious about attracting businesses to their city then there will be many companies that will follow in Caterpillar’s footsteps.