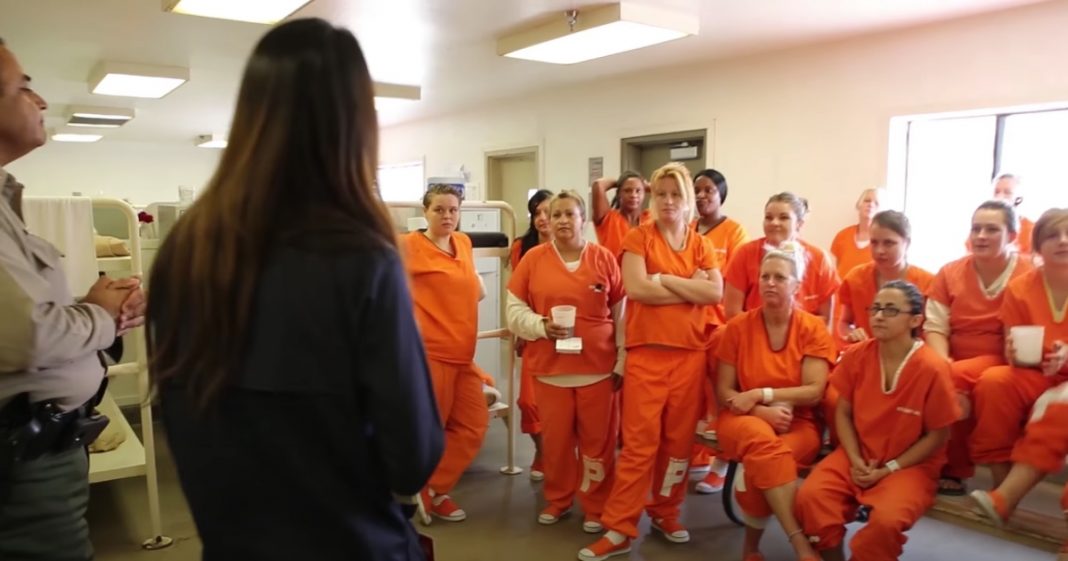 Since the pandemic started, Democrats have been flinging taxpayer money around harder than mud in primary season.

At least one criminal decided to take the opportunity to pad her outlaw’s resume.

And you’ll have to pick your jaw up off the floor after you find out what she managed to do behind bars.

Natalie Le DeMola is stuck behind bars serving a life sentence for killing her mother.

But she isn’t letting a little thing like that keep her from pursuing a life of crime.

DeMola has been identified by federal investigators as the ringleader of an unemployment fraud scheme that bilked taxpayers out of $2 million.

The group has been slapped with dozens of charges related to stealing the identity of others—including fellow inmates—and using that information to apply online for benefits from the California Employment Development Department.

You’d think a violent offender who used the internet as a teenager to plan her mother’s torturous death would have her online activity and outside communication somewhat monitored.

DeMola, who is now 37, was only 16 when she and her boyfriend spent several weeks planning her mother’s death before beating and killing her.

Ironically, even as convicted criminals like DeMola manage to get away with almost anything even from behind bars, government regulators have been busy trying to push through regulations to monitor—and hinder—honest citizens’ every financial move.

Democrats have been doing their best to push onerous tracking requirements on banks and services like Venmo
and PayPal are already required to report cumulative payments of $600 or more to the IRS each year.

Multiple smaller payments exceeding $10,000 in a 12-month period are also supposed to be reported.

If some Democrats get their way that number will drop to $600.

It’s created a situation where simply picking up the tab for friends and family members throughout the year and then getting reimbursed via Venmo becomes a tax time nightmare.

And yet DeMola was able to use a California prison as a base for her $2 million scam.

There seems to be no logical explanation for this pro-crime bias in policy, but Democrats and DeMola seem to have a lot in common.