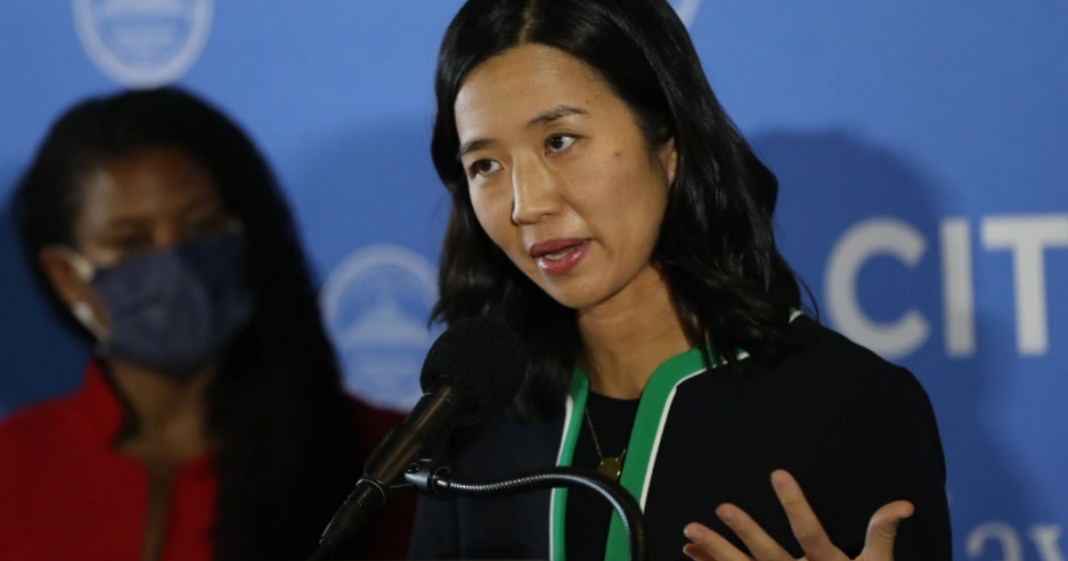 This city is giving unvaccinated professional athletes a “special exclusion.”

But the Mayor expects them to pull off a superhuman feat to do so.

And you won’t believe what this city wants unvaccinated NBA players to do.

While most people are gasping for air during a simple masked-grocery run, it seems Boston’s Mayor expects NBA stars to do their job masked up – or at least that’s the threat designed to push them to cave in and get the jab.

The city of Boston’s vaccine mandate includes a “special” provision for unvaccinated pro-athletes saying they can still work in the city, but they must keep a mask on at all times.

Even Michael Jordan himself probably couldn’t pull that one off.

The policy goes into effect January 15, when the Celtics are scheduled for a home game against the Bulls.

According to a MassLive article, numerous players on the Celtics roster refused to get the jab.

Currently seven Celtic players are on the NBA’s “Health and Safety Protocols,” which is apparently corporate speak for “you get a sick day, kid.”

“League sources” told MassLive they are counting on politicians to give in and remove the on-court mask requirement before January 15.

But Boston Mayor Michelle Wu seems fairly unmoved by people she says have “a lot of emotion” and “a lot of misinformation” about vaccinations.

Boston’s top boss remained as cool as a cucumber as protestors filled city hall chanting “USA” while she announced the new vaccine mandate.

According to the Boston Herald, jeers resonated off the walls of City Hall as the Mayor announced anyone who doesn’t get vaccinated – and show proof at the door – won’t be permitted to enter bars, restaurants, theaters, gyms, and sports venues in the city.

Children will also be forced to be vaccinated by March if they want to get into restaurants or other venues mentioned above.

Pro athletes aren’t the only people gasping for oxygen, anyone planning to hit the dance floor in Boston’s nightclubs are already supposed to keep their masks on, according to city rules.

Now, unvaccinated people, who aren’t pro-sports players, will be locked out of most venues entirely.

So, how many people are infuriated by Wu?

We know about 20% of people in Boston have refused to get the jab and another 10% only got one dose.

It will be interesting to see how many of those “emotional” people will spread some “misinformation” about whether or not their Mayor should stay in office the next time she’s up for election.