Unfounded Omicron-hysteria takes over this city even as hospitalizations plummet 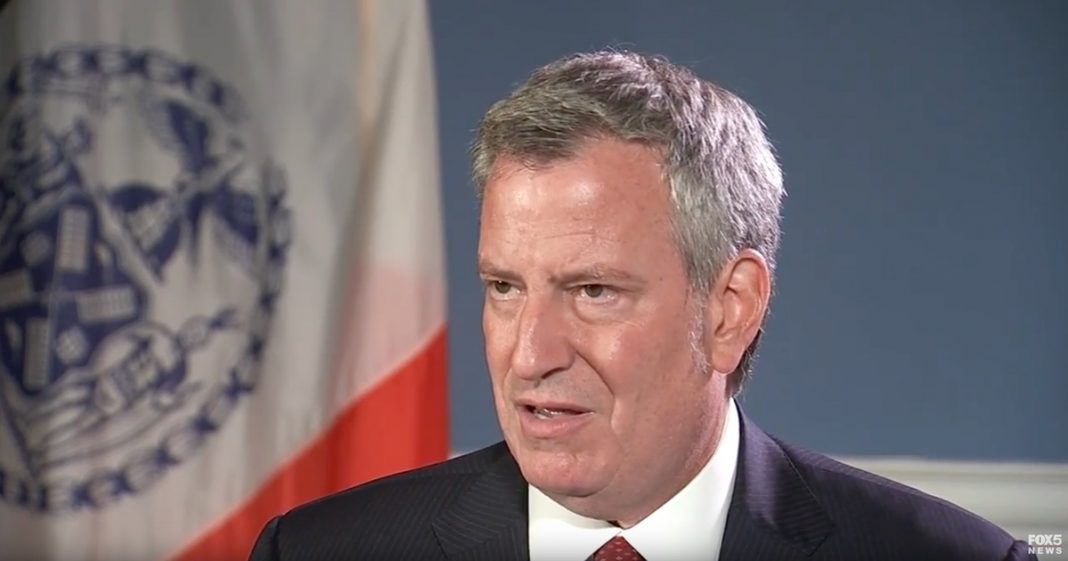 But those who claim they’re “following the science” are grasping at straws to amp up the drama.

And this one number proves the latest “COVID surge” is more manufactured crisis than anything else.

The new Omicron COVID-19 variant has been universally described as milder than previous versions, but that doesn’t mean leftists are ready to relinquish the unprecedented control the pandemic gave them.

According to Reuters, “COVID-19 cases surged in New York City and around the United States over the weekend, dashing hopes for a more normal holiday season, resurrecting restrictions and stretching the country’s testing infrastructure ahead of holiday travel and gatherings.

The spike is alarming public health officials, who fear an explosion of infections after the Christmas and New Year’s holidays.”

The news service also noted that, “The fast-spreading new Omicron variant of the coronavirus has become dominant in the United States with lightning speed. The variant now accounts for 73% of U.S. coronavirus infections based on sequencing data for the week ended Dec. 18, the U.S. Centers for Disease Control and Prevention said on Monday.”

Another way of phrasing the above could be, “Good news, the apparently lab-modified, weaponized common-cold is finally petering out.”

But that message wouldn’t be nearly as useful to social planners who want to control our every move.

Now they need to convince us that we’re sick even when we really aren’t.

In fact, the city with about 8.82 million people currently only has 1,046 with COVID-19 actually hospitalized.

In fact, with all the “what ifs” and dire predictions about what will happen to the deeply abhorred “unvaccinated” one almost gets the idea that they are downright bored.

Maybe they should just give up the act and reopen Broadway.