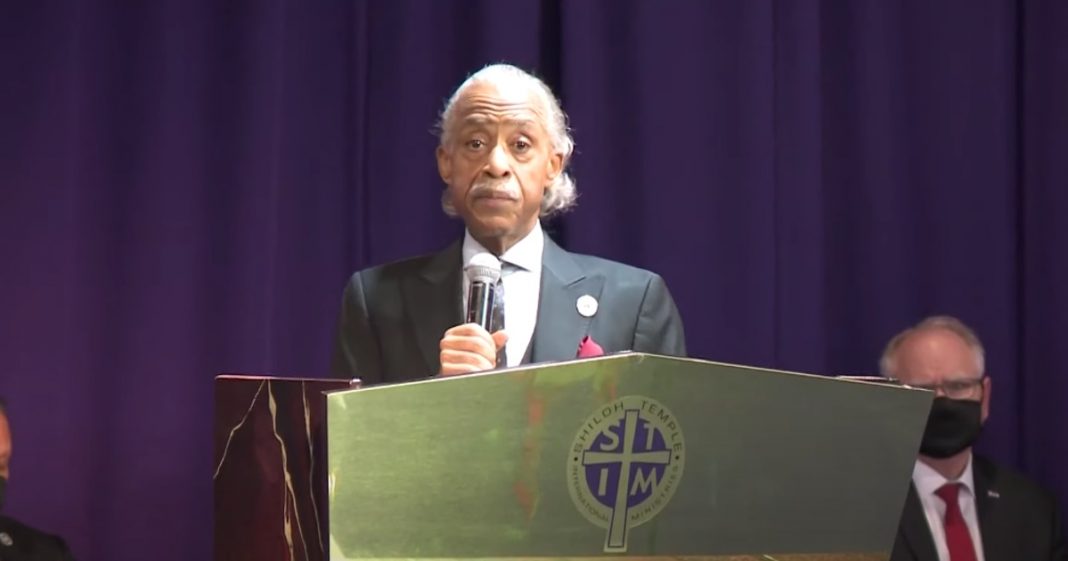 Democrats all across New York are champing at the bit to fill Cuomo’s seat.

But no one could have expected race-baiting Al Sharpton to play such an influential part in the looming gubernatorial race.

And Al Sharpton is poised to pick the next governor of New York.

Stories of Cuomo’s sexual misconduct were plastered all over the news when they broke.

It was just a matter of time before Cuomo was out the door.

Democrats saw him as a liability who they could conveniently force to resign when they needed a big change of subject in the headlines.

Once they pulled the trigger, many democrats saw Cuomo leaving the governors’ mansion as an opportunity to advance themselves.

When the time came not many in the political world were shocked.

But people were stunned to hear one person’s name keep coming up when talking about the pending governor’s race.

That name is race-baiter Al Sharpton.

Sharpton has a long history of exploiting conflicts to increase racial tensions in our society.

Just look back to the Crown Heights riots in New York City back in the early 1990s.

Back when Al Sharpton looked like he was competing against Shamu for a spot at SeaWorld, he was widely acknowledged for his role in sparking riots against the jewish community in Crown Heights, Brooklyn.

Sharpton claimed, “If the Jews want to get it on, tell them to pin their yarmulkes back and come over to my house.”

(1/2) I watched w/ stunning disbelief as Al Sharpton took the podium @ Sunday’s NYC Interfaith rally. This was beyond insulting, the apex of hypocrisy! Sharpton never apologized for inciting violence upon Jews as blood ran in the streets of Crown Heights… pic.twitter.com/euOxVgkagO

That’s why people were in shock to see that The New York Times reported that Al Sharpton is playing kingmaker for the next governor of New York.

Sharpton claims he has no interest in running for governor himself.

But according to The New York Times and Sharpton himself, several big names in New York politics are seeking him out for advice on running for governor, now that he’s declined to run.

Of the names the three that stand out are Leftist New York Mayor Bill de Balsio – whose given name was Warren Wilhlem Jr. before he changed it – New York State Comptroller Tom DiNapoli, and Rep. Thomas Suozzi of Long Island.

Only time will tell how the race for New York governor shapes up but it is disheartening to learn that race-baiter Al Sharpton already has a hand in the outcome.