A radicalized journalist committed one crime that will leave you speechless

Journalists are supposed to report the news.

But thanks to the Left, many of them have now become activists.

And a radicalized journalist committed one crime that will leave you speechless.

Portland is arguably the most far-left city in the entire country.

It is the home base of the authoritarian communist terror group Antifa, which routinely engages in vandalism, violence, terrorism, and even murder.

They have mainly been given a free pass by the Democrat establishment because they serve a purpose as shock troops for the Left.

But sometimes Antifa goes too far even for the Left.

Now a Portland-based journalist named Mike Bivins was charged with felony vandalism against synagogues and a mosque.

Bivins was caught on camera, and later identified. 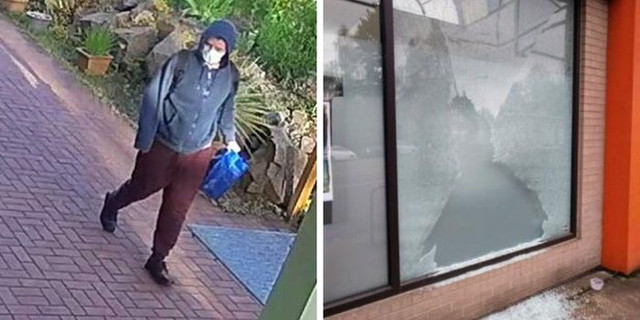 Bivins wrote about supposed “far-right extremism” in Portland, a city with hardly any right-wingers in sight.

Bivins’ actions suggest that perhaps he was creating the “right-wing” extremism he was writing about all along.

Antifa is closely tied with far-left journalists in Portland who are either sympathetic to their cause, or are active participants.

Independent journalist Andy Ngo, a persistent gadfly for Antia, wrote on Twitter, “[Bivins’] last DM to me in 2020 was a message critical of me posting Antifa riot mugshots.”

Journalists associated with Bivins spoke in measured tones upon news of his arrest.

This is how some Portland journalists are responding to the news that reporter Mike Bivins has been charged over attacks on Portland-area synagogues and a mosque. Bivins is currently being held in jail before he is arraigned: https://t.co/cc8X1HcFEc pic.twitter.com/llHXFl1JmZ

Portland is a test case for what happens when leftists are allowed to take control.

Ted Wheeler, a “progressive,” is despised by the radicals for not being enough of a communist.

The moderates relentingly voted for Wheeler because there was nobody to his Right.

Wheeler only won because the two extremist candidates to his Left split the communist vote.

Mayor Wheeler stood by and let Antifa firebomb a federal courthouse on a nightly basis for weeks.

Graffiti openly calling for the murder of Ngo is scrawled across downtown Portland.

Portland is a failed city that has a radicalized journalist committing acts of terrorism against houses of worship because he is anti-religion, attempting to frame the Right, or both.