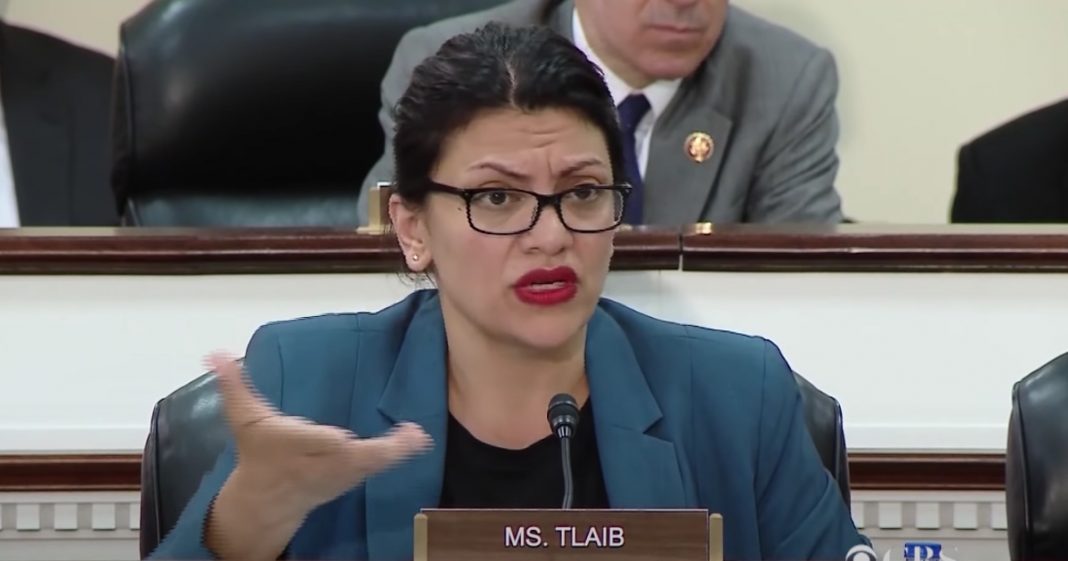 Hypocrisy is a key characteristic for Leftist.

But the hypocrisy of terrorist loving Rashida Tlaib is unrivaled.

And Squad member Rashida Tlaib would ban you going maskless and demands lockdowns yet she’s maskless and dancing wildly at a wedding.

The Left wouldn’t exist without hypocrisy.

They claim to be compassionate and to care about life in America yet they refuse to protect the most vulnerable of us, babies in the womb.

Democrats flaunt themselves as being the party of equality yet they love to demonize anyone with a belief system they don’t like.

And most Leftists in politics claim they lose sleep over gun violence in America yet they let the criminals who commit violent crimes out of jail.

Makes a lot of sense right?

But this display of hypocrisy by Michigan Democrat Congresswoman and founding member of “The Squad” Rashida Tlaib is as bad as it gets.

It all started when Senator Rand Paul of Kentucky took to Youtube to give one of the most passionate pleas to citizens to stand up against the COVID tyranny we are witnessing today.

Among the leftists losing their minds at Rand Paul’s common sense and patriotism was Congresswomen Rashida Tlaib.

The KY Senator is throwing a tantrum as his state is being swallowed whole by this virus, again.

People are getting sick and dying.

98 counties in Kentucky have a high incidence rate of COVID-19.

He needs to put politics aside, and put people first. Start resisting the virus. https://t.co/ZgfqVxN4KL pic.twitter.com/XmLIFvvR23

Tlaib’s politics-driven outrage was just that judging from her attendance at a wedding over the weekend where she decided to flaunt around maskless in a massive crowd and danced as close to people as you can get.

This looks like resisting covid tyranny instead of “resisting the virus” as she lectures and Senator and the rest of us.

It shows Rashida Tlaib and her ilk’s absolute hypocrisy. That or it’s just a twisted power move to show the rules don’t apply to them and only to the rest of us.

Either way, you can’t make this stuff up.

And it’s another example of a Leftist having a double standard for others but not themselves.