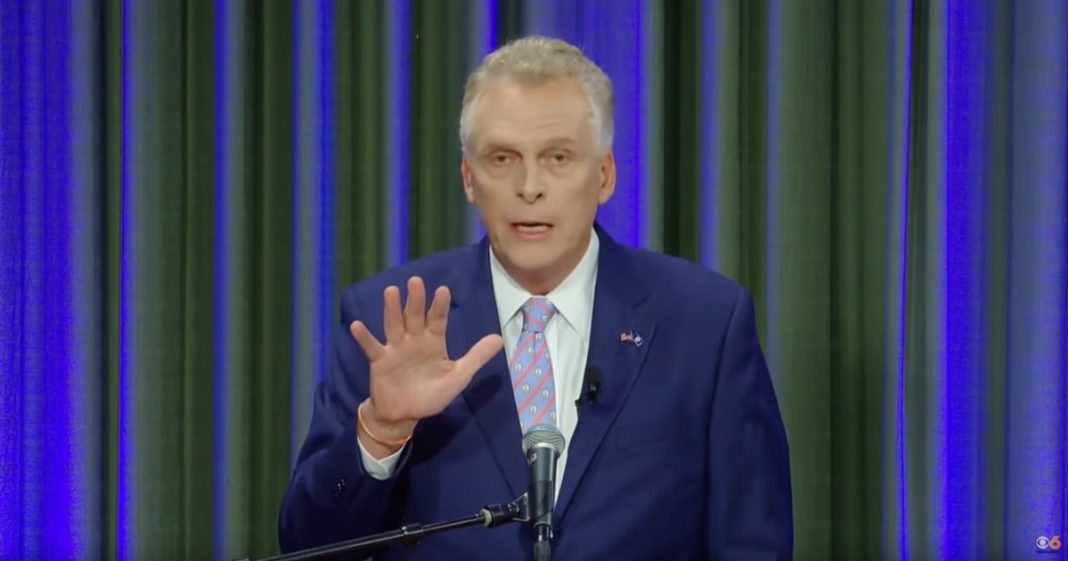 Democrats are ramming radical policies down the throats of Americans.

But people are pushing back, which is a bad sign for Democrats in the midterms.

And one struggling Democrat candidate just got hit from the last person he expected.

Not only is McAuliffe running well behind expectations, he’s doing so with Barack Obama stumping for him at the eleventh hour.

Virginia’s only black governor accused fellow Democrats of taking the African American vote for granted, even as they neglect historically black colleges and tell parents to stay out of their children’s classrooms.Douglas Wilder, who served from 1990 to 1994, said Virginia Democrats, including current Gov. Ralph Northam and candidate Terry McAuliffe, have shortchanged the state’s five historically black colleges and universities.

Donald Trump funded HBCUs at a level that far exceeded Democrat administrations – the heads of the schools had to beg Democrats for a pittance each year.

Trump gave them what they needed, and Youngkin is taking a similar approach.

“I’ve been talking with the presidents of all of those universities . . . They’re not happy with what’s going on. And many of them are limited in terms of expressing themselves because they don’t want to be punished.”

Democrats take black voters for granted, but Wilder is letting McAuliffe know he could be making a big mistake.

Democrats made a similar miscalculation at the national level.

In 2020, Trump got the highest Republican share of the nonwhite vote since 1960.

Youngkin has said funding HBCUs is a top focus of his agenda, pledging this summer that “[a]s Governor, every budget I sign will include direct funding for all five Historically Black Colleges and Universities.”

“When Glenn Youngkin says that it’s a high priority, there are people who won’t forget it.”

McAuliffe also shot himself in the foot when he said parents should have no role in public education.

He was forced to walk back that foolish statement, but Wilder again said voters wouldn’t forget.

“When the [prospective next] Governor of Virginia says, ‘I am not going to allow parents to tell schools what to teach,’ You say, ‘My God’ . . . Parents vote to have something to say about the education of their children.”

The arrogance of the Democrat Party could burn them badly in Virginia.

And if they lose that state, it could be an absolute bloodbath for them in 2022.

Stay tuned to Blue State Blues for any updates about this ongoing story.