Democrats have completely lost the plot.

Radicals are in control of the party’s cultural thrust.

Now city officials are shockingly considering this honor for one Kyle Rittenhouse attacker.

Kyle Rittenhouse is laser-focused on holding Fake News Media members accountable for lying about him incessantly before, during, and after his trial for murder.

Rittenhouse was acquitted of murder after his attorneys proved he acted in self-defense when deranged far-left terrorists attacked him on the streets of Kenosha, Wisconsin in the middle of a riot.

Now city officials in Kenosha are mulling over a decision to memorialize Anthony Huber, one of Rittenhouse’s attackers, with a planted tree and a plaque in Anderson Park.

Huber and Joseph Rosenbaum, the other attacker killed by Rittenhouse, were criminal psychopaths engaging in mayhem on the night in question. 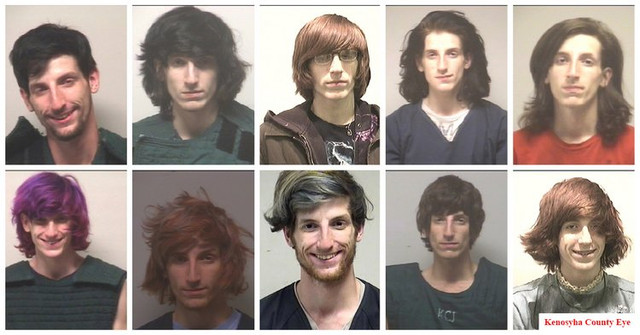 The Kenosha County Eye reported that “in 2012, Huber held a 6-inch-long butcher knife to his brother’s neck and violently attacked him. He told his brother he was going to ‘gut him like a pig.’ He choked his brother and dug his nails into his neck. His brother could not breathe for 10 seconds. He then stabbed him in the ear. He then threatened to burn the house down and kill his mother, grandmother and siblings. Huber left on his skateboard. In 2017, Huber was in an argument with his sister. His mother called the police and told them that ‘(Huber) has a history of abusive behavior.’ He karate kicked her and she fell down in pain. He told the police that it wasn’t ‘wrong’ to hurt his sister.”

In addition to these shockingly violent outbursts, Huber had been arrested for crimes such as domestic battery, domestic disorderly conduct, vandalism, felony reckless endangerment, felony strangulation and suffocation, and felony false imprisonment.

Huber should not be memorialized for participating in a riot and attempting to kill Rittenhouse.

But the Left framed Rittenhouse as a villain because he stood up to the street terror organized and sanctioned by activist leftists.

Worse yet, the Democrat Party egged them on.

The Left has been lionizing violent “revolutionaries” for years, and the practice is disgusting.

Their ideological criminals always get a pass because they were fighting for “social justice.”

It’s absurd that Huber is even being considered for distinction in this memorial.