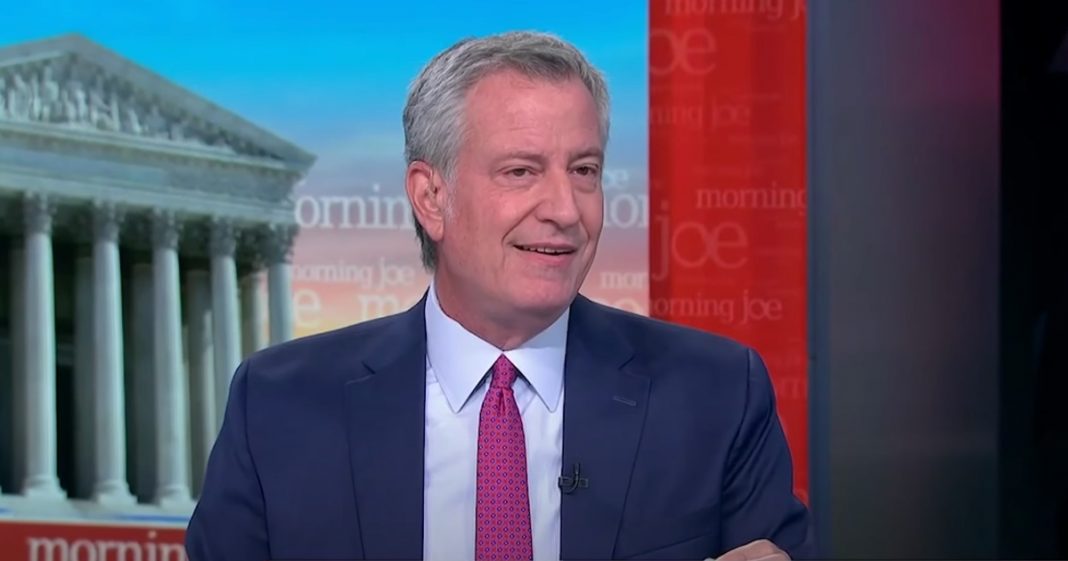 But leftists are doing everything they can to force Americans to bend your knee and comply with their requirements.

Could you have imagined two years ago that America would be where it is today?

Not many would have guessed that Americans would have to produce papers to live and function in society.

But vaccine mandates are the new craving by the Left as they just see it as another opportunity to force Americans to bend the knee to the power of the state.

Thankfully, polling shows that the vast majority of Americans would hate to have vaccine mandates in place.

A poll done by The Trafalgar Group of likely voters recently found that 72% of Americans disapprove of mandating vaccinations.

But public dissent will not stop the Left’s push to force us to do as they please.

The self-proclaimed socialist Mayor stated in a news conference that “It’s time for people to see vaccination as literally necessary to living a good and full and healthy life.”

He continued his disinformation by proclaiming, “If you want to participate in our society fully, you’ve got to get vaccinated.”

Mayor Bill de Blasio: "If you want to participate in our society fully, you've got to get vaccinated." pic.twitter.com/UNHC9XInoY

And de Blasio revealed that starting August 16, people must show their vaccine papers to participate in an indoor public activity like dining, stores, gyms, or movie theaters.

He stated that the “only way to patronize these establishments indoors will be if you’re vaccinated, at least one dose. This is crucial because we know that this will encourage a lot more vaccination.”

Wonder when else in history citizens had to show their papers to the government to be able to function in society?

Funny how fast the folks who said, “I’d punch a Nazi,” have turned into “Show me your papers.”

Hopefully people stand up to this madness before it gains some ground in the once land of the free.

Share
Facebook
Twitter
WhatsApp
Email
Telegram
Previous articleCalifornia can’t seem to figure out how a female inmate got pregnant after bringing in transgender inmates
Next articleWashington, D.C.’s Leftist Mayor got caught red-handed lying all while she shows us again that its “rules for thee and not for me”