A deranged leftist just got away with one shocking attack 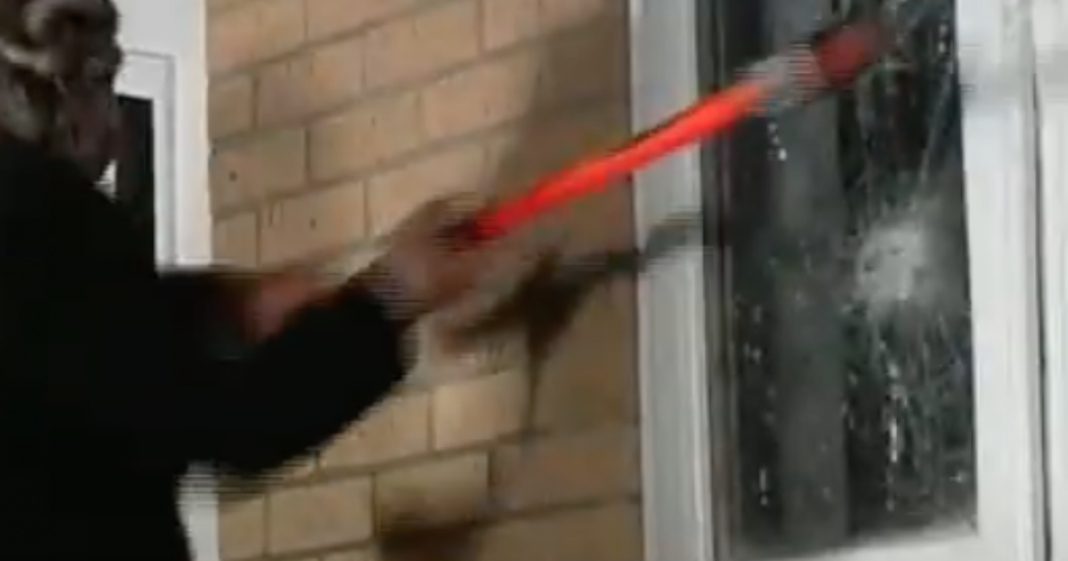 The Left have seized control of so many institutions.

America now has a two-tiered justice system where political enemies of the left-wing establishment get the hammer dropped on them.

Now a deranged leftist just got away with one shocking attack.

The collective Left lost their minds when Kyle Rittenhouse was acquitted, but they had nothing to say when Antifa and Black Lives Matter terrorists burned down American cities and killed dozens across the country.

Now an admitted Antifa terrorist got a slap on the wrist after attempting to break into a Senator’s office wielding an axe.

“A far-left North Dakota man who was convicted in federal court for attacking a Republican US senator’s office with an axe has ties to Antifa . . . Thomas ‘Tas’ Alexander Starks, 31, of Lisbon, N.D., was filmed on CCTV trying to break inside the office of Sen. John Hoeven in Fargo on Dec. 21, 2020, using an axe. In April, he pleaded guilty to a charge of destruction of government property. Federal sentencing guidelines suggested 10–16 months in prison but he was only sentenced to probation and fined $2,784 for restitution.”

#Antifa member Thomas Starks, of Lisbon, N.D., was given no jail time and had his weapon returned after pleading guilty in federal court to trying to break inside a US Republican senator’s office with an axe. https://t.co/3kyHcrKETU

This infuriating double standard is par for the course.

If an axe-wielding right-winger tried to break into the office of Alexandria Ocasio-Cortez, the story would never leave the front page of every news outlet.

And the criminal certainly would not have gotten his axe back courtesy of the federal government.

The corporate-controlled press does the bidding of the Left, and increasingly more “nonpartisan” organizations are falling in line with the Democrats.

Old ladies who wandered into the Capitol on January 6th were aggressively prosecuted, yet Antifa terrorists are allowed to operate with impunity in Portland.

It’s absurd, and people need to continue to expose the depravity of fringe leftist groups like Antifa.