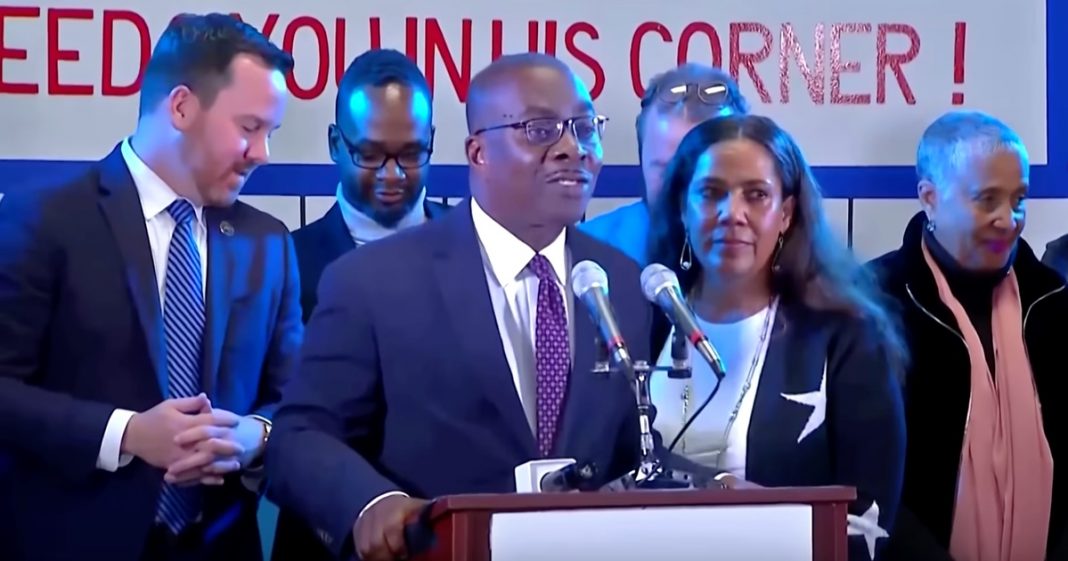 Americans are fed up with the radicalism of the Left.

Voters around the country just made that very clear.

And one unhinged Democrat just suffered a humiliating electoral defeat.

Buffalo nearly elected a socialist Mayor in India Walton, but the crisis was averted.

Walton won her primary over the summer and did not face a Republican in the general election, but lost anyway because of a write-in campaign by the incumbent.

When India Walton defeated Buffalo’s four-term incumbent mayor, Byron Brown, in the Democratic primary in June, she called her mom and said, “Mommy, I’m the mayor of Buffalo! Well, not until January, but yeah!” The 39-year-old had every reason to believe she was a shoo-in to become the first socialist mayor of a major U.S. city since 1960. Buffalo is a Democratic stronghold, and Republicans didn’t even bother to field a candidate in the mayor’s race. But on a bloodbath of a night for the Democratic Party in races throughout the country, Brown appears to have risen, Lazarus-like, to beat Walton badly with a surprisingly effective write-in campaign.

The shift from Walton’s primary victory to her embarrassing defeat in only a few months shows just how sick people are of radical Left policies and rhetoric.

The corporate-controlled press turned Walton into a media darling, but her candidacy slowly began to fall apart in the general election.

Turnout for the Democratic primary was a paltry 20 percent. Anything can happen with turnout that low. Walton, who is black, performed best among white progressives, while Brown, who is also black, beat her on the city’s predominantly black east side. (Buffalo is about 37 percent black.) This is noteworthy because Walton wanted to defund the police—a cause that’s more fashionable in safe, white, liberal neighborhoods than in poor, dangerous, black ones. She tried to repackage this message as “reimagining” policing, much as have Democrats across the country, but Buffalonians didn’t buy it.

It turns out that white leftists are the driving force behind the “defund the police” rhetoric.

But the neighborhoods that actually have to deal with higher levels of crime do not support it.

Walton’s checkered criminal past also came back to bite her.

Americans do not want radical leftists in charge.

But the leftist elites and the media class believe they can push socialism on the public, and everyone will simply go along with that.

These off-year elections are a rebuke of that theory.