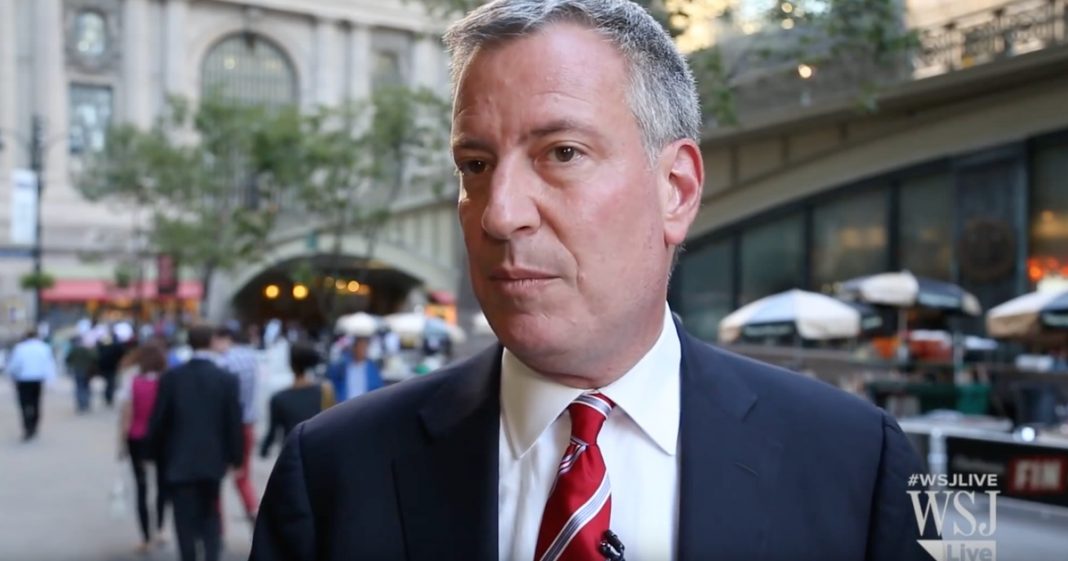 Life in blue states is getting pretty dismal.

Crime is skyrocketing, but the police are busy enforcing ridiculous mandates implemented by local petty tyrants.

And you won’t believe how many cops showed up to kick a woman and child out of a restaurant for this outrageous reason.

One viral video perfectly captures the memories children growing up during a pandemic will have to look back on.

But apparently, the biggest priority in the Big Apple is making sure everyone complies with the Mayor’s ridiculous demands.

And recently, that meant at least 10 officers with NYPD’s Strategic Response Group were called to throw a group – including a young boy – out of a restaurant in a Queens mall for failing to show proof they got the jab.

The incident was caught on video as officers surrounded a table where a young boy was crying as an officer questioned those at the table.

A woman, apparently the person recording the video, heckled the officers for scaring a child saying, “You failed yourself. Is this what you signed up for? Is this what justice looks like? For you, is this what you dreamed of when you wanted to be a cop?”

In the video an officer tells the group that unless they have vaccination cards they will have to exit the restaurant.

“If you leave voluntarily, you will not have charges pressed against you.” he told them. “Otherwise, you will be arrested for trespass. This will be your only warning,”

In the end, the young child and a woman we can assume is his mother ended up leaving, but another four people in the group were arrested.

While the city is making a show of cracking down with tough requirements, they have been struggling to actually enforce them.

The Mayor’s office was forced to give in last fall and approve exemptions for some essential workers.

The city’s education department has also let requirements slide a bit, giving teachers and administrators another month before they’ll be fired if they don’t get the jab.

Many people are speculating whether the new Mayor, Eric Adams, who will take office in January, will continue with the hard-nosed policies.