With Republicans eyeing the governors’ mansion in California, Leftists are now terrified that Senator Feinstein is next 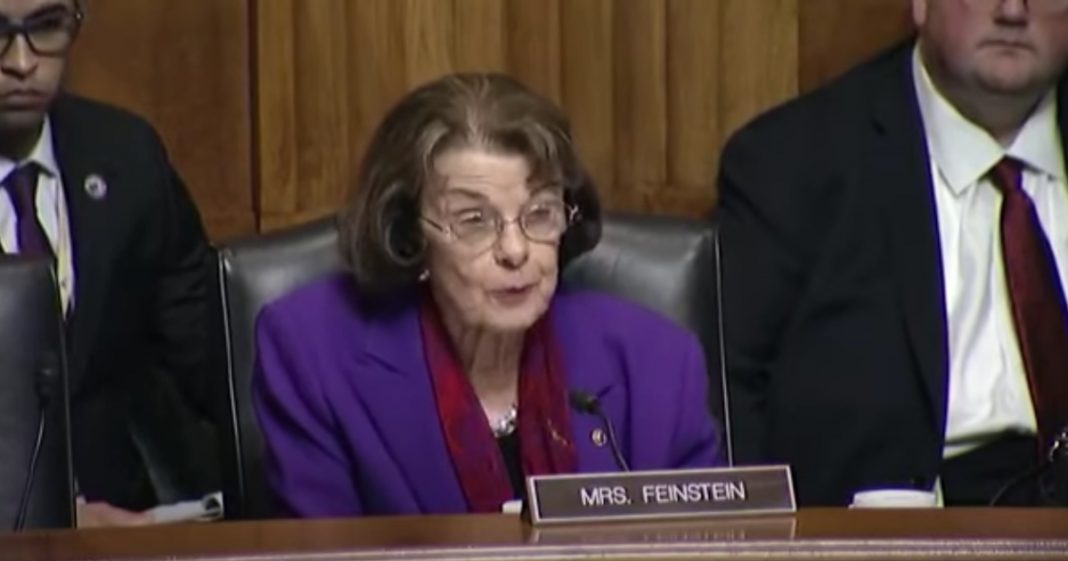 Something is possible that no one could have conceived just a few months ago.

Democrat-ridden California is on the verge of having a new governor – a Republican.

And with Republicans eyeing the governors’ mansion in California, Leftists are now terrified that Senator Feinstein is next.

You can only push around people for so long before they strike back.

And California Governor Gavin Newsom is learning this the hard way.

After months of forcing Californians to follow his tyrannical rules, he is now on the verge of getting booted from office.

Over a million Californians signed the petition to recall Newsom.

Now with the recall vote just a few weeks away, the odds are increasing that Newsom will be forced out of office and replaced with a conservative like Larry Elder.

But that’s not all Democrats now have more to worry about.

With Republicans poised to take the California governors’ mansion, Golden State Democrats are terrified that Senator Diane Feinstein could be next.

And according to CNN, concerns are growing that with her age and unlikeability, Democrats could lose their grip on the U.S. Senate if Republicans happen to snag her seat.

Just think about all that is on the line for Democrats.

They saw what happened when Ruth Bader Ginsburg died while refusing to give up a spot on the Supreme Court and then they realized that Leftist leaning Justice Stephen Breyer is 82 years old.

Imagine the chaos that would ensue on the Left if Diane Feinstein were replaced by a Republican and then Breyer died while clinging to the Supreme Court bench.

The thought that Feinstein could be replaced by a Republican was a pipe dream just a few weeks ago.

But as Republicans bolster their chances to take the governorship, Democrat concern increases the unthinkable could happen.

As California recall ballots start to arrive, you might want to think about who you'd want picking a replacement for Senator Feinstein if that became necessary– Gavin Newsom or a Republican.

Vote NO on the recall.