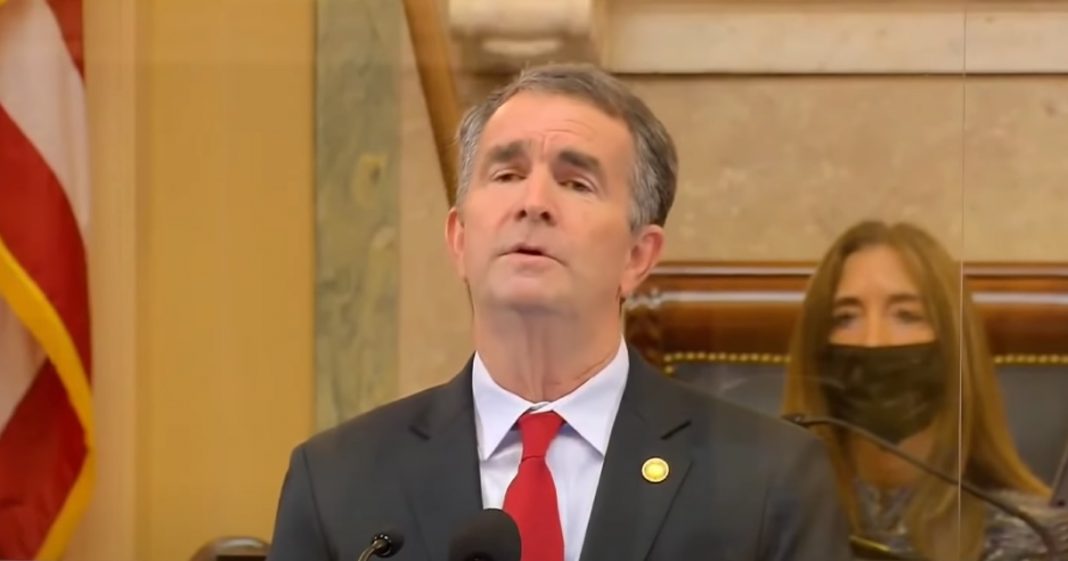 Parents across the nation have been standing up to the Left’s agenda to force a mask on our kids.

And in many instances they’re taking a stand for their kids has resulted in school boards making masks optional for the upcoming school year.

But Virginia’s Governor Northam just showed what Leftist will do if parents stand up to mask mandates.

Over the past couple months we have witnessed one of the biggest grassroots movements in recent memory.

Parents and freedom-loving citizens from California to Virginia are taking a stand for kids.

The power-mad bureaucrats at the CDC and authoritarian politicans at every level of government are trying to force schools to mask kids and teachers.

But many aren’t having it.

School Board meetings across the country are turning testy as parents demand no mask mandates.

Here’s the video I tried to tweet earlier but wouldn’t go through. A man was being disruptive during the Williamson County Schools meeting and deputies escorted him out. Dozens of enraged anti-mask parents followed. pic.twitter.com/5LXDCJiInW

But one state has had a fight like no other.

In Virginia, a majority of school boards agreed with parents not to force masks when school starts over the next couple of weeks.

When Governor Ralph Northam saw the news of school boards siding with parents over Leftists demanding masks, he threatened to sue localities.

But some school boards balked at going against parents and kept masks optional.

The celebrations by parents and students were short lived though.

Governor Northam instated the Democrats’ mask mandate by decree in an attempt to end the debate on masks in schools.

Northam’s administration is now requiring children two and older to wear masks in school all day.

Blackface Northam has mandated masks for 2 year olds in school in Virginia.

They can take the masks off to nap though.

BTW: ZERO healthy kids have died of Covid, according to SCIENCE — a study from John Hopkins University.

Northam and Democrats in Blue State after Blue State are showing what they will do when parents raise concerns over what’s happening to their kids in school.

Rather than listening to parents and allowing local control of schools, they will force their beliefs onto schools and force children to be their subjects.

Share
Facebook
Twitter
WhatsApp
Email
Telegram
Previous articleWith Republicans eyeing the governors’ mansion in California, Leftists are now terrified that Senator Feinstein is next
Next articleAl Sharpton is poised to pick the next governor of New York