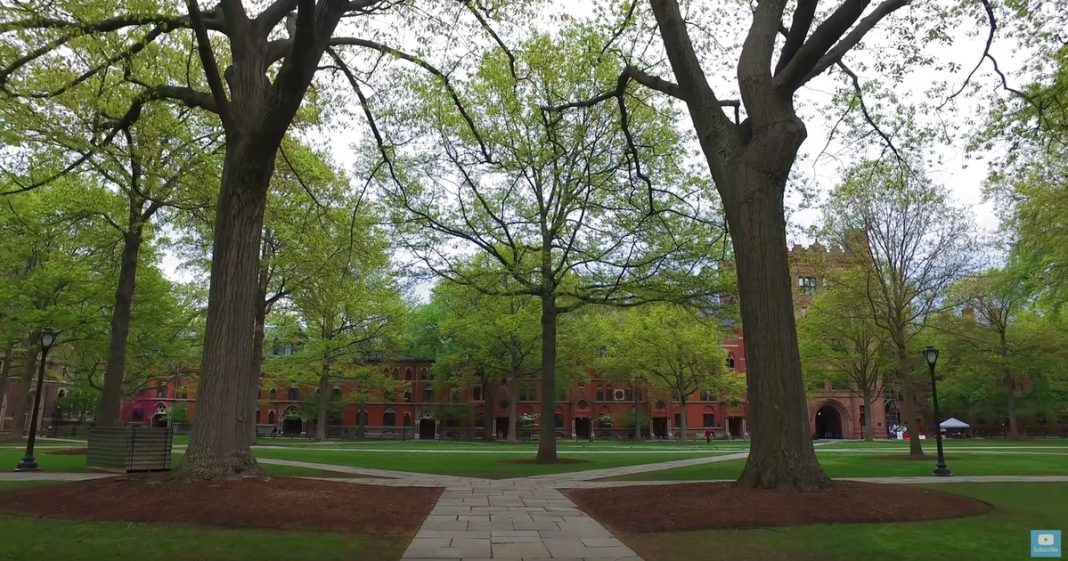 Even the most esteemed institutions have been corrupted.

Now unhinged law school students are threatening to do something horrific to their conservative classmates.

Narcissistic leftists have convinced themselves that their anger over abortion is righteous.

The unprecedented leak of a Supreme Court draft opinion regarding Roe v. Wade suggests the poorly decided landmark case is on the brink of being overturned.

That possibility has sent millions of Democrats into a furor, particularly on college campuses.

Now “woke” law students at Yale are pledging to make life miserable for their conservative classmates with “unrelenting daily confrontation.”

First-year law student Shyamala Ramakrishna wrote on social media that the Federalist Society – a conservative legal organization – are “conspirators in the Christo-fascist political takeover we all seem to be posting frantically about on Instagram dot com. So why are they still coming to our parties/laughing in the library/roaming these weirdly high school-esque halls with precious few social consequences and without unrelenting daily confrontation? When they’d in theory allow (among others) their classmates to endure forced pregnancy? And in practice are studying for finals to secure exactly that future?”

But that was far from the only unhinged take.

Leah Fessler, another first-year Yale law student, wrote on Instagram, “If you’re not ready to hold accountable the people and groups who at this very school produced the men who just took away women’s bodily autonomy, miss me with the commentary. Democratic institutions won’t save us. It’s not time for ‘reform.’”

It’s unclear what type of “reform” Fessler is talking about, but it certainly sounds extrajudicial.

Leftists have become cozy with violence and other anti-democratic means to bring about their radical agenda.

Recently, far-leftists at Yale wrote in chalk: “We are the law, not your f*cking court.”

In what may be the purest distillation of Yale Law School of all time, YLS students declare, in chalk: “WE ARE THE LAW.” pic.twitter.com/KmSiMCE6gJ

Entitlement at Yale is nothing new.

In 2015, students had a public meltdown over Halloween costumes.

The students weren’t upset by rules regarding the costumes – they were furious that there weren’t any rules.

They surrounded professor Nicholas Christakis and berated him over the issue.

Universities have been churning out entitled leftists for years, and it has trickled down to K-12.

Decades later, the country is being destabilized from within by people who have been reared to be mini-activists.

It’s a terrible problem that will only get worse once these students assume positions of power.