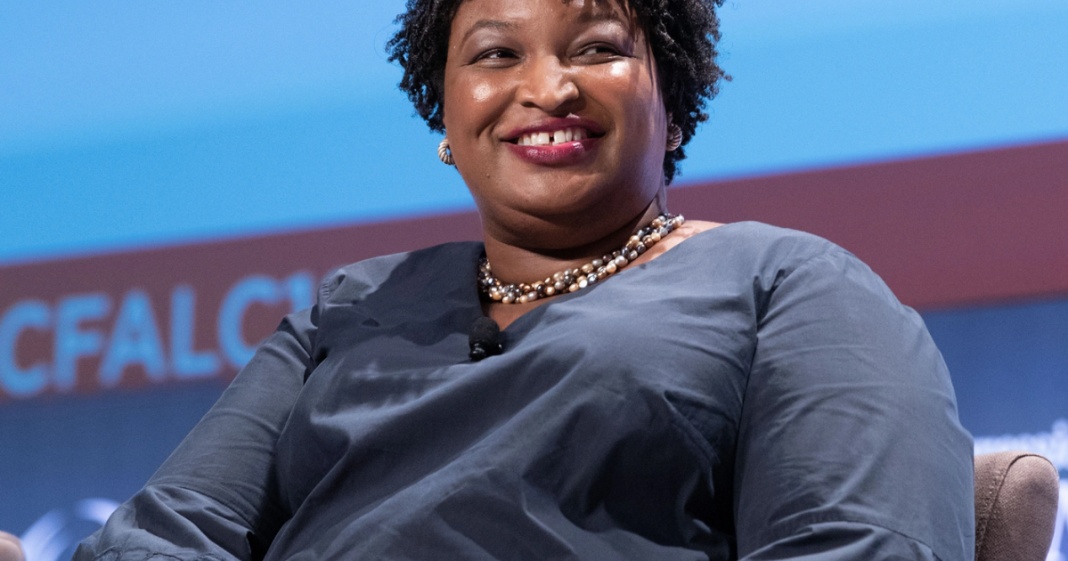 The Democrats favorite “voting rights” candidate is all for winning – no matter what it takes.

And she tried one sneaky trick to make a no-lose political play.

But a judge shut her down after she tried to pull a fast one in the Peach State.

That worked when she was pictured in an elementary school classroom mask-free while the young children around her were all muzzled.

But when she tried to pull the same type of trick inside one judge’s courtroom, he jerked her up short in a hurry.

Democrats keep acting like Georgia is now permanently blue, but the extremes they’re going to in an effort to cling to power suggests things are a lot messier than they’re willing to admit.

Now, Abrams has lost a major court case she was counting on to give her an edge.

Abrams and her “One Georgia” committee filed a lawsuit claiming a new law is unconstitutional.

It allows some top elected officials and party nominees to put together “leadership committees” that will be able to pull in limitless funds.

Then Abrams and her committee had the gall to ask a judge to force the state ethics commission to give One Georgia a free pass to raise limitless funds themselves.

“This Court will not rewrite Georgia law to enable One Georgia to stand in the same shoes as a leadership committee that, in Plaintiffs’ view, is operating in violation of the First Amendment,” he wrote in his order.

At an earlier hearing the Judge had already made it clear Abrams’ demands were out of bounds.

While Kemp has opted to stick an “R” in front of his name, Donald Trump has called the current Governor out as a RINO and endorsed former Senator David Perdue.

Trump is hoping Perdue will elbow out both Kemp and Abrams in an effort to make Georgia solidly red again.

It seems these days anything could happen in Georgia – and the state will definitely be home to some of the most closely watched races this year.

Donald Trump is likely keeping his eye on what’s happening there as he seriously considers a 2024 run.

Meanwhile, Abrams – who maintains the Georgia Governor’s office was “stolen” from her through “voter suppression” – seems to be polishing her resume in hopes of reaching for a higher office in the future . . . the Oval Office, if she can swing it.