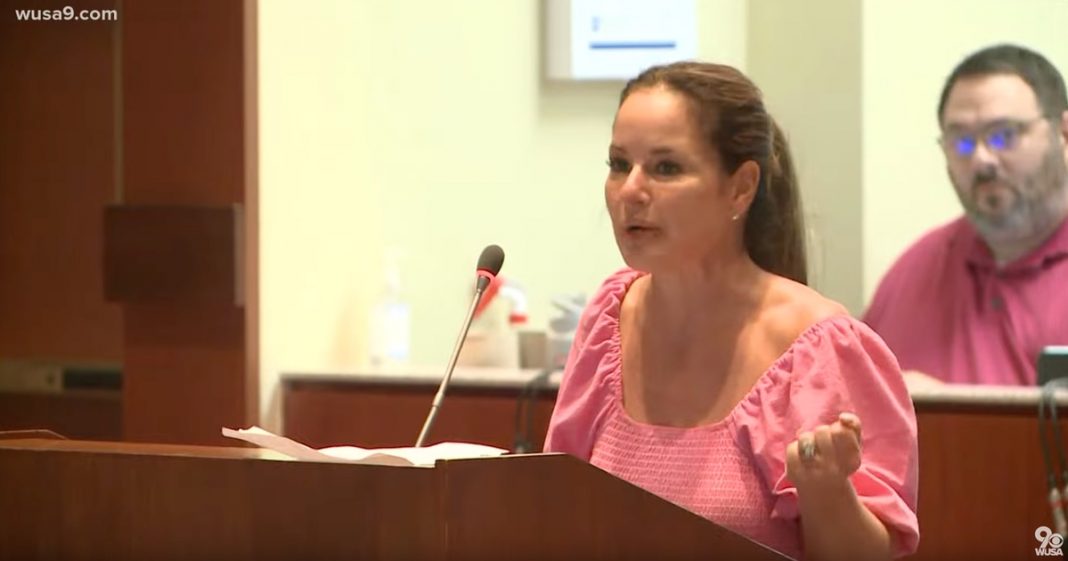 Government education is one of the Democrats’ best brainwashing tools.

Parents across the country are slowly waking up to that fact.

And parents in one county rallied to stop the terrible thing their school system is doing.

Democrats are panicking because conservatives have slowly caught on to what public schools are doing.

Not only are they teaching radical garbage, they are covering up scandals that reflect poorly on school officials as evidenced in Loudoun County, Virginia, which has become a flashpoint in the culture war.

Parental presence at school board meetings prompted the National School Board Association (NSBA) to write a letter to the Department of Justice warning that parents were akin to domestic terrorists.

The NSBA was forced to walk back that language, but only after Attorney General Merrick Garland already deployed the FBI to monitor school board meetings.

Now parents in Virginia are protesting the NSBA because they’re fed up with what the schools are teaching.

Loudon County mom Patti Menders now speaking at @momsforamerica protest in front of @NSBAPublicEd HQ in Virginia. She along with other moms are upset over NSBA letter sent to President Biden that compared some parents actions with domestic terrorism. @7NewsDC @LCPSOfficial pic.twitter.com/5VLnugf6sJ

Another concerned parent, Xi Van Fleet, warned that “wokeism is Marxism and communism.”

“Americans need to know that the communist infiltration in America is complete, especially in our educational system. The National School Board Association offers us a fine example. When parents all over the country go to the school board and voice their outrage against CRT, what did NSBA do? They called the parents domestic terrorists.”

Loudoun County mom Xi Van Fleet is blistering the @NSBAPublicEd in front of its HQ in Alexandria, VA. @momsforamerica is holding a protest about NSBA letter sent to President Biden asking the FBI to investigate parents at some School Districts. @7NewsDC @LCPSOfficial #Loudoun pic.twitter.com/rhy5u9gaq6

More and more parents are finally waking up.

Conservatives have been banging this drum for decades, but it took the radical Left coming directly for young kids to activate parents against the indoctrination.