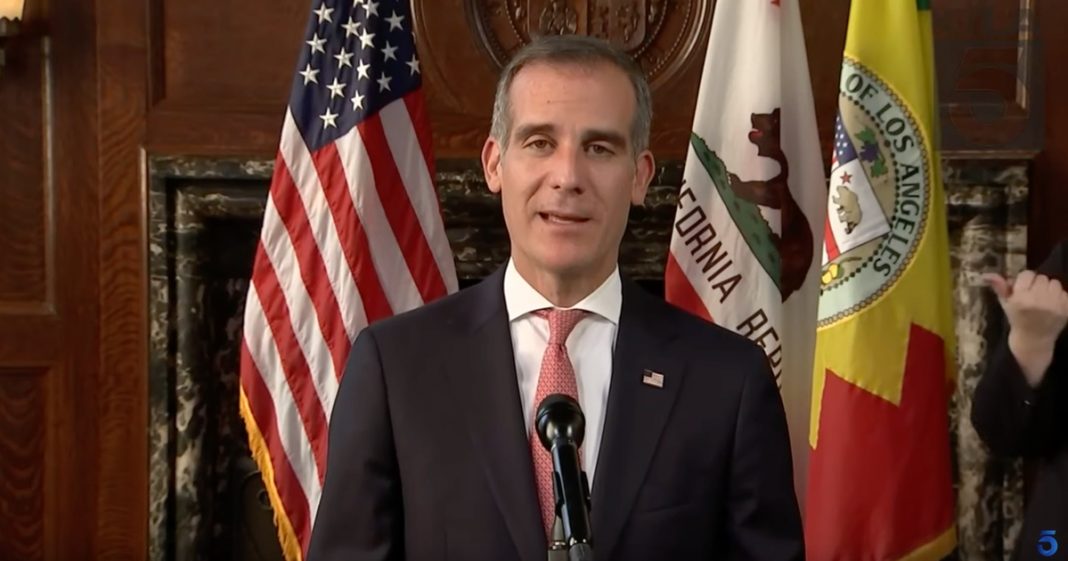 Democrats are turning a blind eye to rises in crime.

Many of them are instead focused on defunding the police.

And one Democrat-controlled city has an infuriating response to its latest crime spike.

Democrats’ views on law and order are insane.

They let criminals go repeatedly, but throw the book at “political” violators.

For example, Los Angeles County released repeated offenders due to COVID, but fiercely pursued the husband of district attorney candidate Jackie Lacey who drew a gun on Black Lives Matters extremists after they surrounded his house and banged on his door early in the morning.

Lacey ended up losing the district attorney race to a George Soros-backed candidate.

Now L.A. County is encouraging residents to comply with robbers amid a crime wave of “follow-home” robberies.

“In response to rising incidents of ‘follow-home’ robberies, the Los Angeles Police Department has issued a community alert urging residents to ‘cooperate and comply’ with robbers…The community alert states that victims have been followed home from places that include Melrose Avenue, the city’s Jewelry District, nightclubs, and high-end restaurants…According to crime statistics from the police department, robberies went up 12.4 percent from the time period between August 29 to September 25, to the time period between September 26 to October 23.”

We are sharing this community alert in an effort to increase awareness of a series of robberies occurring in the City of Los Angeles. pic.twitter.com/mE5vVfCZZo

If there were ever an advertisement for repealing California’s harsh gun control laws, this is it.

Democrats have created a sense of inevitability when it comes to crime.

Recently in San Francisco, city officials contemplated what to do with repeat offenders who keep getting out of prisons, and whether or not they should encourage residents to barricade their properties to stop robbers.

But there’s little attention being paid to what should be done to reduce crime.

This is the result of progressive ideas regarding policing.

Leftists believe that crime will simply melt away if taxes increase exorbitantly and more money is spent on social programs.

This has been a farce for decades, and now residents have to dread being followed home by emboldened criminals.