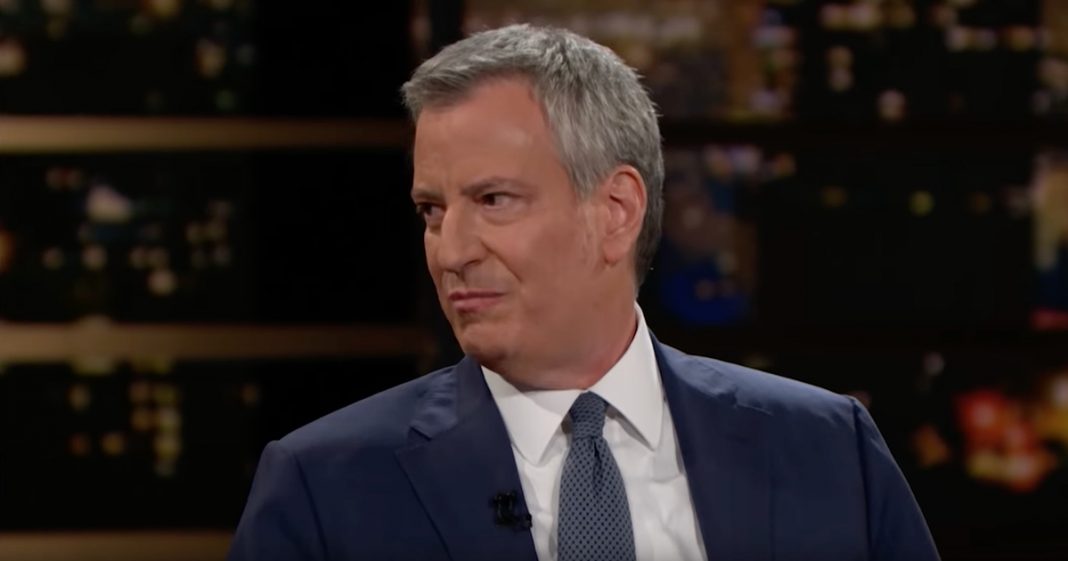 The radical push from the Democrats is wrecking the country.

It’s gotten so bad that leftists are eating their own.

Now one communist Mayor just got torn apart by the last group he ever expected.

New York City Mayor Bill de Blasio said he would do away with property rights if he could, but he’s settling for civil liberties.

Bill de Blasio decreed that New Yorkers would be forced to get vaccinated in order to fully participate in society.

While many establishment leftists cheered his authoritarian move, members of a New York chapter of Black Lives Matter are attacking De Blasio for his shameful edict.

“Although Mayor Bill De Blasio ran on progressives values, nothing in his tenure will attest to his campaign promises . . . The September 13th vaccine mandate is racist and specifically targets Black New Yorkers. The vaccination passports are modern day Freedom Papers, which limit the free will of Black people.”

BLM radicals and other proponents of Critical Race Theory have made the extreme argument that any law with a disparate impact between white and nonwhite is de jure racist.

But radical leftists like Ibram X. Kendi, who has made millions with his destructive and deceptively named “antiracist” philosophy, have been eerily quiet on the vaccine.

When asked about the logical consistency of his antiracist argument, Kendi dodged the question.

It’s now a thought crime to expose the logical fallacies of the Left.

Kendi is smart enough to know that his funding could dry up if he goes against the COVID regime.

“The vaccination mandates infringe upon the civil liberties of the Black community . . . It’s more than where we can dine or enjoy entertainment, it will result in loss of income. As of Monday, September 27, Black health care workers and educators will lose their jobs.”

BLM recently protested in support of a black woman who got in a physical confrontation with a hostess over the draconian vaccine requirements.

De Blasio has created a powder keg with his inane policy.