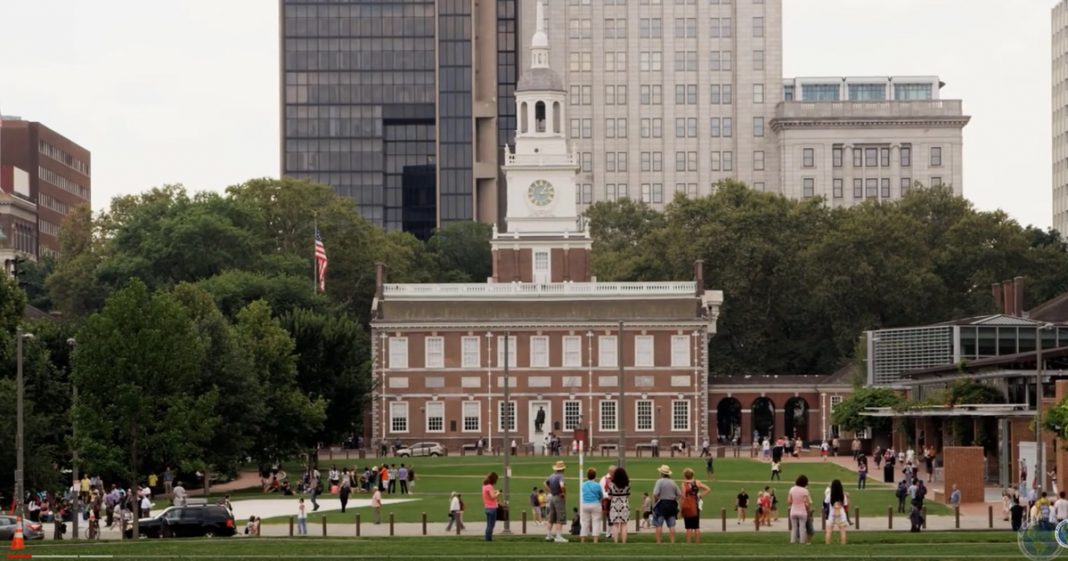 Democrats of yesteryear used to do very well among working class voters.

You’d never know it today, but Appalachia at one time was a solid Democrat constituency.

Now, one blue state is zooming to the Right and Democrats have only themselves to blame.

Recent polling by Franklin and Marshall College shows that Biden’s electoral position has declined markedly since he was declared the winner of the Keystone State’s electoral votes, by a single percentage point, several days after the final votes were cast on election night in November of 2020.

According to the poll, President Joe Biden’s approval rating has fallen to a new low, Pennsylvanians say they are worse off now than they were a year ago and they believe the country is headed in the wrong direction.

Of course, this signals problems for Democrats as the 2022 midterm election approaches.

Berwood Yost, the executive director of the Franklin & Marshall College Poll, says, “Voters aren’t wild about the President’s performance, and that has consequences.”

Biden’s overall approval rating is only 30%, a significant drop from what the last Franklin & Marshall College poll results showed last August when Biden had 41% overall approval.

In 2008, Barack Obama won Cambria County over John McCain but after four years of Hope and Change, Mitt Romney absolutely walloped Obama by 18 points and a major contributor was the escalating Democrat cry of “racist!” instead of engaging in debating meaningful differences of public policy.

Those kinds of attacks have less resonance considering how it was Obama swing-voters who tipped the county rightward beginning with the 2010 midterm elections.

Ancestral Democrats have switched sides and in both the 2020 and 2021 statewide elections, voters overwhelmingly favored Republicans in down-ballot races.

One Democrat strategist says, “Some base Democrats see Obama as too conservative, and the working-class Democrats see him as too liberal. The appeal he would have would be with suburban-mom voters, but even that’s a stretch given how they feel about education.”

And that’s the problem in a nutshell.

Democrats have chosen to jettison their decades-old coalition that used to propel them to massive victories in states like Pennsylvania in favor of their shiny new “coalition of the ascendant” – and have made themselves toxic in the Heartland.

Philadelphia and the collar counties have kept Team Blue in the game in statewide contests but that masks significant changes brewing below the surface, as this state used to vote to the Left of the national average, but now has seen its Republican share of the vote increase relative to the nation as a whole.

It seems that Critical Race Theory and the Green New Deal aren’t what the people are clamoring for as most everyday Americans just want to earn a living, raise a family and not see their kids radicalized.

All of this is a result of conscious decision-making on the part of Democrat leaders.

Now, they are in a hole and their electoral prospects look grim – and they have only themselves to blame.