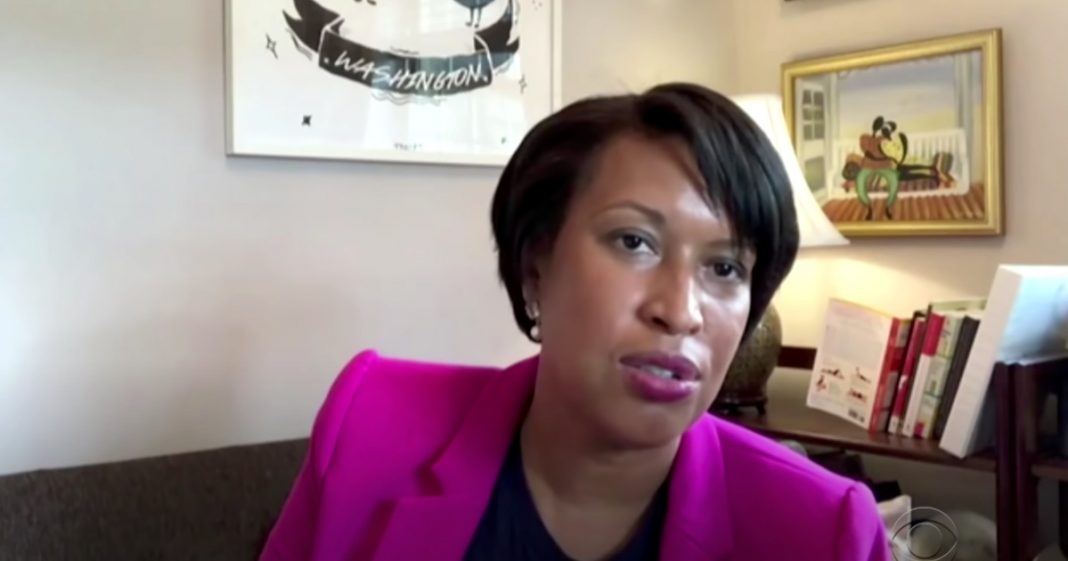 It seems they forgot to check the latest numbers with their most recent decree.

And Muriel Bowser may not understand what she’s done with this move.

When it comes to leftists, one thing is for certain and that is America and Americans come last to them.

They have proven this time after time when it comes to degrading the life of Americans in favor of pandering to illegals.

Of course, the fact is leftists don’t actually care about illegal aliens – only about their own power.

Florida Governor Ron DeSantis recently proved beyond any doubt when he exposed the hypocrisy of the leftists elites on Martha’s Vineyard who rolled out the “not actually welcome mat” after 50 illegals were flown to the Democrat island enclave in Massachusetts.

Over the years, Democrats have proven that hard-working Americans are not important to them.

Instead the Left has become the champion of foreign nationals, including illegal aliens – at least insofar as they think it will help them expand their power.

For proof, just look at the crazy bill that Washington D.C. just passed.

Last week, the Washington D.C. City Council voted 12-1 to give foreign nationals the right to vote in local elections such as School Board races and Mayoral elections.

Under the ordinance foreign nationals could vote regardless of their legal status in the United States, meaning that illegal aliens could potentially vote in these elections.

It goes without saying that this measure is pure insanity.

The only dissenting vote came from Democrat Mary Cheh who insisted that the measure include a laughably short 30-day residency requirement.

In a statement Cheh claimed “I asked this question of the committee as a whole: Could someone who took the bus from Texas, or was put on the bus from Texas, or wherever, and dropped off at the vice president’s property, and then remained in the District of Columbia for 30 days and was 18 years old — could that person then vote in our local elections? And the answer was yes”

What a concept. The fact that the City Council won’t even require a month of residency is pure insanity.

The reason and motivation for this measure is very simple.

Democrats believe that this will increase the amount of votes they receive, which is all they care about at the end of the day.

This is very ironic considering the amount of whining and complaining Mayor Bowser has done over the last several weeks in regards to the bus loads of illegals showing up at her door.

On the other hand, after years of the Left going out of their way to give very generous benefits to illegal aliens at the expense of taxpayers, the Democrat Party is actually losing support among Hispanic voters.