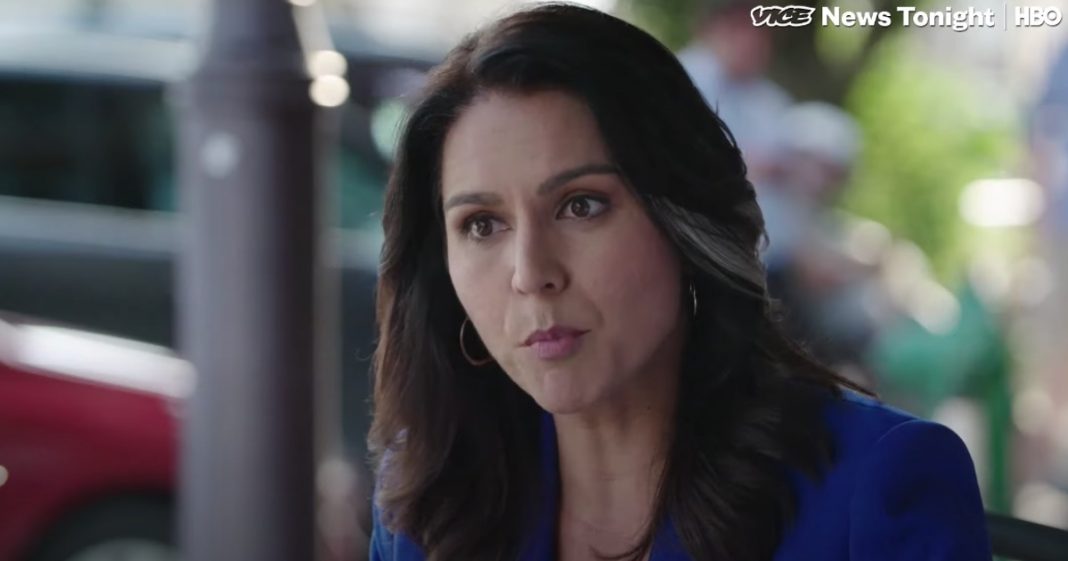 The elections are almost here, and the stakes seem to be getting higher by the day.

And this election year has been full of twists and lots of surprises.

And now, Liz Cheney had smoke curling out of her ears after this November surprise from Tulsi Gabbard.

Election Day is just around the corner now and the stakes are very high with control of Congress up for grabs.

Politicians from both sides are on 24/7 campaign duty. Either they are running themselves or they are busy giving endorsements.

One soon to be former politician is the disgraced member of Congress, Liz Cheney who lost her primary for the Wyoming At-Large House district earlier this year.

Over the last couple of years or so, Liz Cheney has embarked on an all out mission to take down Donald Trump and the Republican Party.

This was done to spite the Republican candidate, J.D. Vance, who has the endorsement of former President Donald Trump who Cheney loathes.

However, Cheney and Tim Ryan just got their comeuppance in the form of a powerful endorsement for J.D. Vance.

Just recently, former Democrat Tulsi Gabbard endorsed J.D. Vance which had to have angered the hell out of Cheney.

Tim Ryan represents everything that is wrong with the warmongering Washington Establishment. I’m endorsing @JDVance1 because he knows the cost of war, and that our government exists to serve the people, not the other way around.

On Twitter, Gabbard claimed “Tim Ryan represents everything that is wrong with the warmongering Washington Establishment.”

She then went on to say “I’m endorsing @JDVance1 because he knows the cost of war, and that our government exists to serve the people, not the other way around.”

Gabbard and Vance know people are fed up with the Washington establishment that Cheney and Tim Ryan are the very definition of.

They’re sick of getting fed lies after lies for years only to watch America fall further from greatness.

At the end of the day, Americans simply want to be safe, pay less than $3 for a gallon of gas, and be able to live happily with their families.

Anytime they voice their desire for these basic things, the corrupt politicians try to smear and distract from the real issues by calling them racists and fascists.

But Americans of every stripe have begun to see through those tired plays.

The blinders are off after the complete and total mess that Joe Biden and his Democrat establishment and RINO allies have made of things over the last couple of years.

The economy is in the gutters, crime is through the roof and confidence in the American dream is waning by the day.

But whether in state capitals or in the Washington, D.C. Swamp, the seemingly permanent political class has made it abundantly clear that they do not care about America – only about furthering their power and enriching themselves and their cronies.