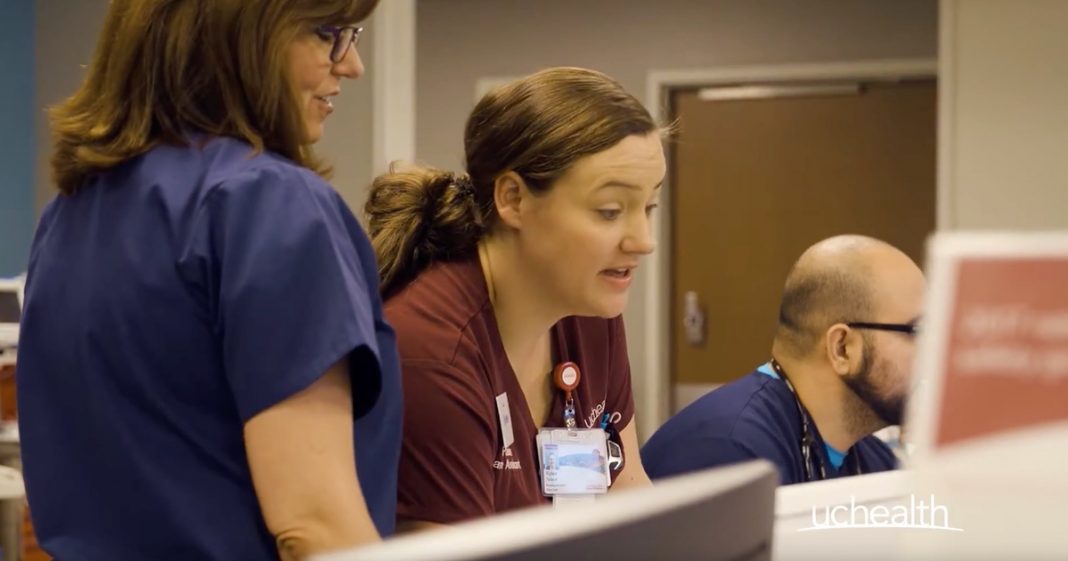 Leftists over the past year and a half have shown just how heartless they are with a thirst for more control over our lives.

Even in red-leaning states like Florida, leftists spread their hatefulness.

And leftists in a Florida hospital had a grieving mother thrown in jail for refusing to leave her daughter’s side.

Obama’s former Chief of Staff Rahm Emanuel famously made the saying “never let a good crisis go to waste” a popular one.

And the Left never turns down the opportunity to put that slogan into practice.

This is especially true with COVID.

Rather than being rational, the Left has decided to ram COVID restrictions and forced vaccinations down our throat.

Fear is their God, freedom and free thinking is their sin, and the vaccine is their salvation.

And to show their acceptance of their faith in the “science” they eagerly blab on about how they are vaccinated and getting the booster shot.

All while they demonize those who refuse to be forced to follow their ways.

And one mom in Florida learned this the hard way.

Lynn Savage was at a local hospital in Jacksonville, Florida by her daughter’s bedside after her daughter was “non-verbal and partially paralyzed on the right side” due to a stroke.

Savage was obviously distraught and didn’t want to leave her daughter’s side during this life-threatening event.

But the leftists in the hospital had other plans.

The hospital has in place strict visitor hours due to “COVID”, because we all know that COVID only comes out at night, and they were going to make damn sure that Savage was going to obey their sharp cut-off time.

When it hit 7pm the nurses demanded that she leave.

Distraught and in shock, the grieving mother refused to leave her daughter’s bedside.

Savage explained, “I could not in good conscience and good heart leave her bedside not knowing how she was going to make it through the night voluntarily.”

So the hospital did what any good leftist institution would do and they called the cops on Savage.

Savage was arrested, dragged out of the hospital, and thrown in jail to be booked for trespassing.

When asked about her 24 hours in jail she claimed, “[It was] not an experience that I would ever want to do again for the rest of my life. It was horrible. It was filthy, it was more like an insane asylum with the women screaming and hollering and banging on bars and banging on walls. It was just terrifying, but I would rather be there than know that I had walked away from my daughter.”

Let this be a warning to all of you in red states and especially those in Florida.

Even though Florida is currently a conservative dreamland compared to many parts of the nation, let the Left win the state in 2022 and the Sunshine State can quickly turn into a socialist hellhole like California.