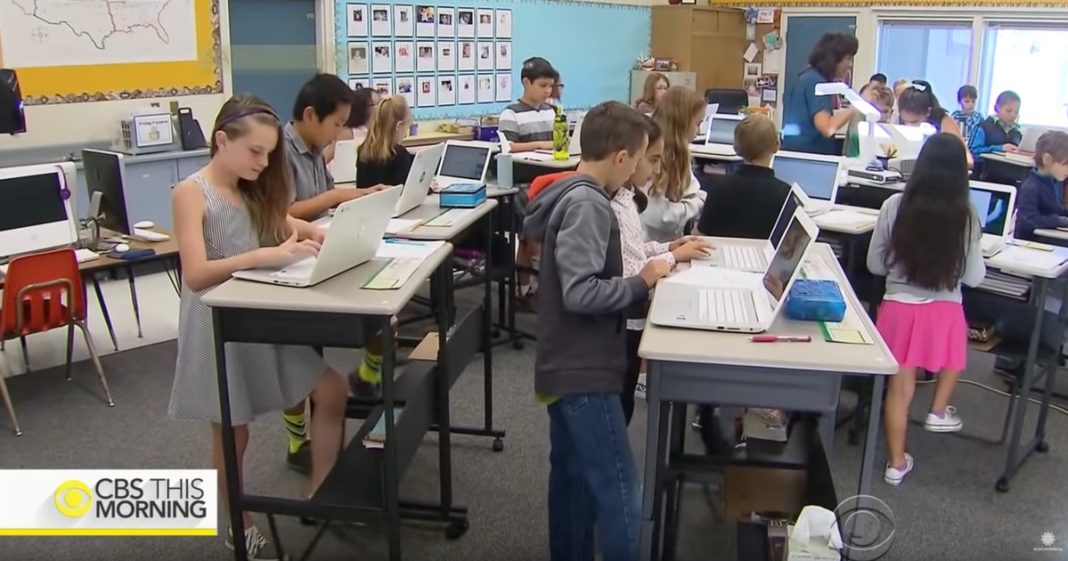 One thing America has been lacking is some fortitude and actual men willing to stand up for our way of life.

And as a result, the Left has turned nearly every institution in America into a radical breeding ground for their beliefs, especially in schools.

But kids in Virginia showed more fortitude than their parents and walked out of school over the Left’s radical agenda.

Back in the day our society used to look up to real men like John Wayne and Clint Eastwood who would put the fear of God into any commie east of the Mississippi.

But now our society is literally turning manly characters like James Bond and Superman into gay shemales.

Due to demand, every single issue of our #Superman Son of Kal-El is being reprinted, and @DCComics have reported unprecedented orders for issue #5.
Out November 16. Art by @johntimmsart & @hificolor.https://t.co/LA1uW25339 pic.twitter.com/6Ck7FerSZZ

And it’s clear that our society has followed the degradation of masculinity.

How do you think the fathers and World War II vets of the ‘50s would have taken it if the school forced their kids to mask up all day and deal with drag queen story hour in the library?

Someone would have gotten a right hook and a mouth full of fist.

But instead, today’s dads and guys just sit around pretending to get mad, if anything, as their children suffer under the radical Left’s agenda.

But thankfully the kids are starting to find their oats unlike their dads.

In Loudoun County, Virginia, it has been uncovered that a girl was raped in a high school bathroom by a dude wearing a skirt.

Rather than reporting the matter to appropriate authorities, the leftist school district decided to sweep it under the rug and moved the rapist boy to another school where he ended up raping another girl.

And students in Loudoun County have had enough of this crap.

Students from several Loudoun County schools walked out of class and protested the school embracing a rapist.

It was reported that hundreds of students chanted “Loudoun County protects rapists!”

You can see the kids exhibiting more fortitude in the video below:

Now let’s see how much parents of kids in Virginia actually grow a set over what they are witnessing in their schools.

Terry McAuiliffe has made it crystal clear that he demands that parents have absolutely no say in their kids’ education.

And if you have an issue with schools promoting Critical Race Theory, Terry just thinks you are a racist.

McAuliffe knows he can’t defend his position that parents shouldn’t be involved in their kids’ education, so he just lies instead. pic.twitter.com/ULmJK0H0JU