Jussie Smollett may have inspired one despicable hate crime hoax

And the damage that he did had far-reaching effects.

Now Smollett may have inspired one despicable hate crime hoax.

Former Empire actor Jussie Smollett was sentenced to five months in jail after faking a racist and homophobic hate crime, but he’s currently out on appeal.

Leftist activists and moderates who were sympathetic to Smollett said that his crime was no big deal because there was no victim.

But that misses the point.

Smollett’s crime will make people more skeptical of actual hate crimes in the future, and it could inspire others to fake hate crimes in order to garner sympathy, attention, or other political aims.

And that’s what happened at a high school where two black girls wrote a racial slur on the wall.

If the incident had not been caught on camera – similar to the Smollett saga – it could have led to a bigger controversy.

The Sacramento County Sheriff’s Office said in a statement:

“[S]chool officials at Rosemont High School, Sacramento City Unified School District in the County of Sacramento reported racist graffiti that had been written in pencil on the wall of a hallway inside a campus building. Two Rosemont High School students were observed writing a racial obscenity. The pencil graffiti resulted in minimal physical damage. The case was referred to detectives who worked closely with the school district and administrators. Rosemont High School Administrators were able to obtain video surveillance footage showing two African-American female juveniles clearly writing the graffiti on the wall. From the video, school officials and detectives learned the identities of both students. The Sacramento County Sheriff’s Office will consult with the Juvenile Division of the District Attorney’s Office if criminal charges are warranted.” 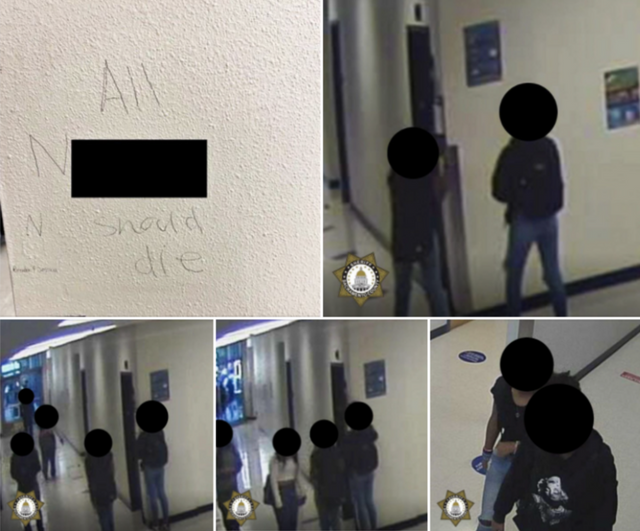 Hoax hate crimes not only waste police resources and distract from real crimes, but they cause community division and stoke irrational fear.

The Smollett incident had the potential to spiral out-of-control into violent street protests.

The rise of hate crime hoaxes is a direct result of the Left glorifying victimhood status.

People, particularly teenagers and young adults, have been weaned on a culture where being a victim is the highest form of virtue.

That’s why Smollett faked the hate crime in the first place – he knew it would garner fame and attention and further his acting career, which is what would’ve happened had he been clever enough not to get caught.

Hoax hate crimes should not be shrugged off because these lies can lead to violence and social decay.

Share
Facebook
Twitter
WhatsApp
Email
Telegram
Previous articleDemocrats in one blue state are working frantically to stack the odds in their favor
Next articleMaxine Waters showed up for a routine photo op. But all hell broke loose before it was over