Illinois residents are fuming over the confrontation the state has looming 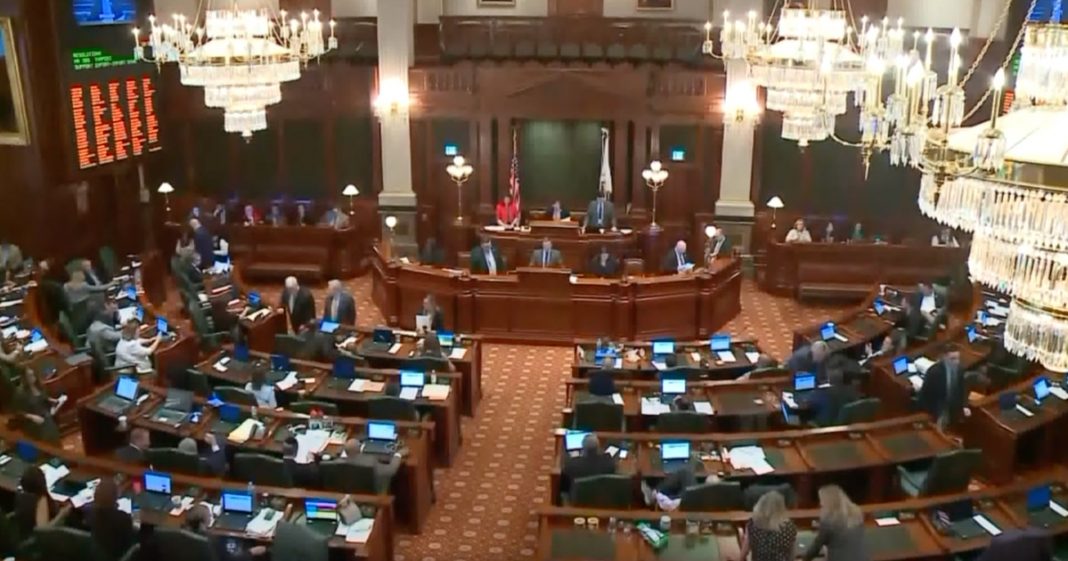 Democrats have been set on weakening penalties for criminal activity.

This has hamstrung police officers and detectives and has led to drastic increases in violent crime in areas they control.

Now you won’t believe what Illinois residents are about to come face to face with.

Now, this Illinois anti-police bill is set to go into effect and residents are fuming.

Republican candidate for Illinois governor Darren Bailey says that things in the state are about to get much worse.

Bailey is now an Illinois state senator and he recently held a press conference in Springfield with county sheriffs from around the state.

Bailey made note of the fact that the so-called SAFE-T (“Safety, Accountability, Fairness and Equity-Today”) Act, set to go into effect on January 1, 2023, has already proven counter-productive and in full force will worsen conditions in cities like Chicago, which Bailey has previously characterized as a “hellhole.”

Given the double-digit percentage rises in violent crime that’s not an entirely unfair characterization.

Some of the more worrisome elements of it are that it abolishes cash bail, prevents police from detaining a suspect on the basis of a risk assessment, and gives felons sentenced to home detention far greater latitude.

Ed Wojcicki is the Illinois Association of Chiefs of Police executive director and calls it an “anti-police bill.”

The law also imposes a slew of restrictions and unprecedented requirements on police officers including, creating a statewide de-certification process for officers, enabling people to anonymously file complaints against officers, removing requirements that officers under investigation must be informed of either the name of the complainant or the person in charge of the investigation and preventing police officers from reviewing body camera footage before writing a report about the incident.

In a March op-ed the state’s attorneys for Vermilion County, Kendall County, Shelby County, and Madison County all argued that this legislation poses “a serious threat to public safety — specifically, to victims and witnesses of violent crimes in our community.”

Notwithstanding numerous amendments and changes made to the act, the end result still “contained various reactionary requirements inconsistent with long-standing and sound jurisprudence of our country and state.”

The sad truth is that unfortunately, this may be the whole point.

It’s hard to convince politicians in what is essentially a one-party state that their approach is wrong, when they value a leftist ideology where criminals deserve to go free because of some past injustice more than the citizenry deserves to live in peace and harmony.

That alone should motivate everyday Americans to vote in about two months, and hopefully wisely.