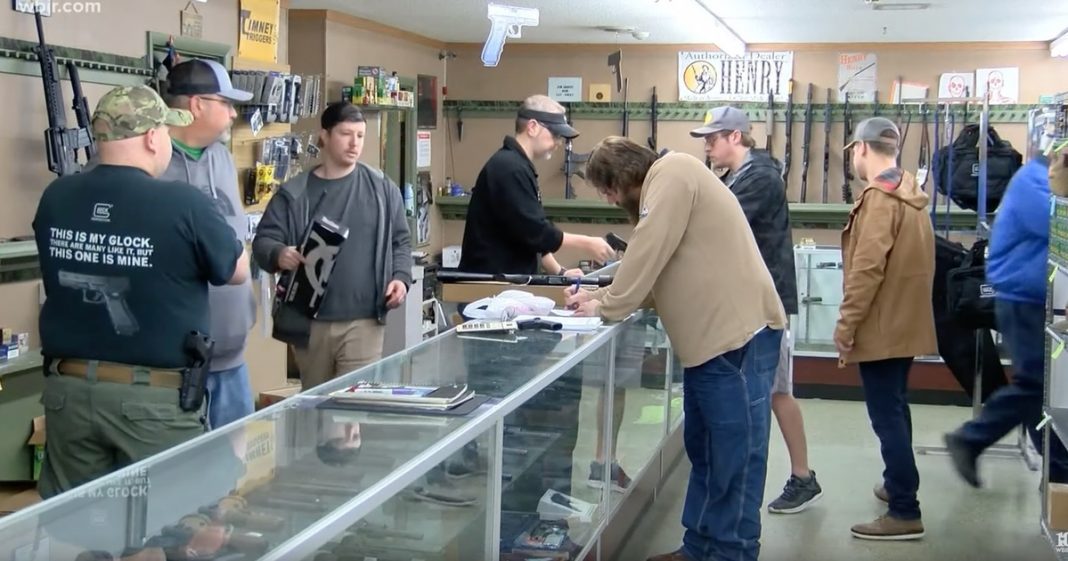 Democrats are no longer hiding their radicalism.

They’ve moved wildly to the Left on everything from abortion to gun rights.

People are fleeing blue states in droves for the liberty of red states like Texas, Florida, and Tennessee.

And now businesses are moving, too.

After well over a century in Massachusetts, American gun manufacturer Smith & Wesson is moving to Tennessee.

“Reacting to the Massachusetts Legislature’s proposal to ban certain firearms, gun manufacturer Smith & Wesson announced intentions to move its headquarters to Tennessee, the Associated Press reported. The gunmaker, established in 1852, said it is spending $125 million to relocate its Springfield base due to legislative proposals that would ban them from manufacturing assault weapons, according to officials.”

Several major companies like Tesla and Charles Schwab left California for the friendlier business climate of Texas, and the trend shows no sign of slowing down.

In 2020, California had net negative migration out of the state for the first time in ages.

People are getting sick and tired of the high taxes and burdensome regulations.

“The Democrat-led Legislature is weighing its options to ban the sale and possession of assault weapons or large-capacity magazines, a sweeping gun control measure that would also outlaw their manufacturing, unless for military or law enforcement purposes.”

Blue states are so arrogant, they believe they can tax citizens and companies more and more without repercussions.

They’re going to find out the hard way what happens when tax revenue gets scared off because of Big Government politicians who burn money on waste, fraud, and abuse.

“While we are hopeful that this arbitrary and damaging legislation will be defeated in this session, these products made up over 60 percent of our revenue last year, and the unfortunate likelihood that such restrictions would be raised again led to a review of the best path forward for Smith & Wesson.”

The country is getting more polarized thanks to the authoritarian overreach from the Left that’s becoming commonplace.

The COVID regime has particularly been tyrannical, openly saying that individual liberty was irrelevant in the face of the virus.

Some petty tyrants in blue states like Illinois even tried to use COVID emergency powers to grab guns.

The Democrats aren’t going to stop coming for guns, so pro-gun politicians in office must not give an inch to the gun-grabbers.