Cruella de Fauci? You won’t believe what Dr. Fauci was caught doing to these puppies 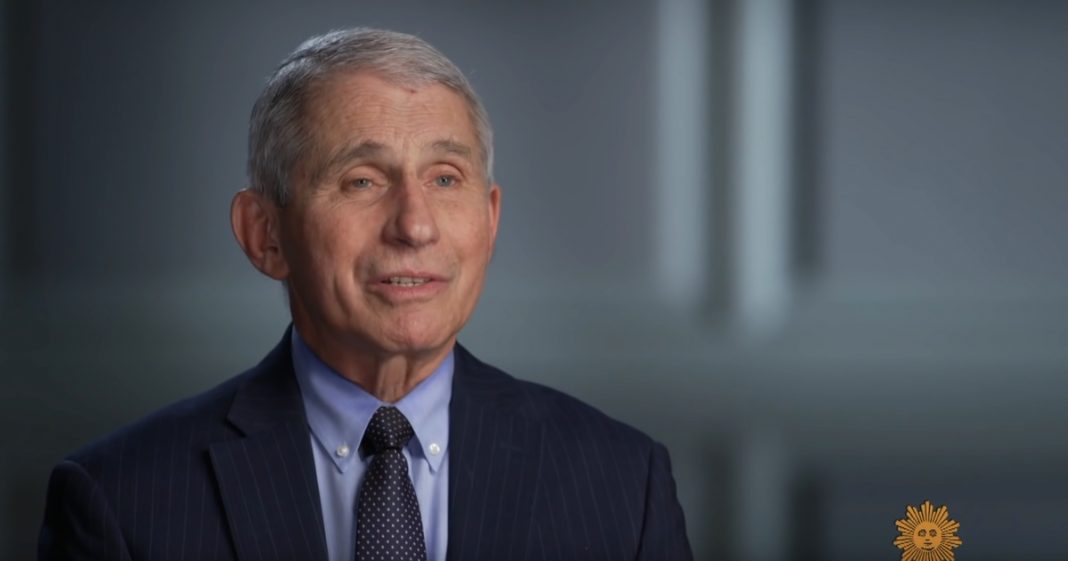 This time he went too far.

And you won’t believe what Dr. Fauci was caught doing to these puppies.

A new revelation has enraged members of Congress – and dog lovers – from both political parties.

Representative Nancy Mace wrote a letter to Fauci citing “grave concerns about reports of costly, cruel, and unnecessary taxpayer-funded experiments on dogs commissioned by the National Institute of Allergy and Infectious Diseases (NIAID),” the agency Fauci heads up.

An organization called the White Coat Waste Project exposed this scandal after obtaining proof through a Freedom of Information Act request.

Documents dug up by the group show that between October 2018 and February 2019 the government agency spent $1.68 million dollars experimenting on forty four Beagle puppies between the ages of six and eight months old.

According to Mace’s letter, the process involved injecting and force feeding an experimental drug to the puppies for several weeks before killing and dissecting them.

In the letter Mace, a dog owner herself, wrote “Of particular concern is the fact that the invoice to NIAID included a line item for ‘cordectomy.’”

She went on to complain that the procedure, which involves removing a dog’s vocal cords, “seems to have been performed so the experimenters would not have to listen to the pained cries of the beagle puppies. This is a reprehensible misuse of taxpayer funds.”

The letter goes on to point out that the FDA does not require that human drugs be studied on dogs.

Of course, when she sent out a Tweet with a picture of the letter signed by herself and twenty three other members of Congress it got plenty of attention.

Yesterday, I sent a letter to Dr. Fauci regarding cruel, taxpayer-funded experiments on puppies; debarking before drugging and killing them. Thankful to my 23 democrat and republican colleagues who signed on. This is disgusting. What say you @NIH pic.twitter.com/c54SXipD9Q

She wrote, “Yesterday, I sent a letter to Dr. Fauci regarding cruel, taxpayer-funded experiments on puppies; debarking before drugging and killing them. Thankful to my 23 democrat and republican colleagues who signed on. This is disgusting. What say you @NIH?”

If Fauci had any sense of honor left, he’d resign today.

Republican Representative Jim Jordan from Ohio commented on her Tweet writing, “If Fauci had any sense of honor left, he’d resign today.”

Fauci is the evil scientist from the movies.

Conservative actor Kevin Sorbo went where we were all going inside our heads tweeting, “Fauci is the evil scientist from the movies.”

Even satire site The Babylon Bee took a shot at Fauci with an article entitled, “Fauci Hopes His Experiments on Puppies Will Distract Everyone From Experiments He Performed on Humanity for Past 18 Months.”

The letter signed by the twenty four members of Congress calls on Fauci to provide some specific information by November 19, including how many dogs have been involved in projects funded by NIAID since January 2018, exactly how much taxpayer money has been spent, and why NIAID has continued canine testing after the FDA said it was unnecessary.

The letter also asks him to describe “in detail” alternatives to canine/animal testing that have been considered.

It also asks if dogs have even been made available for adoption at the end of an experiment and, if so, how many.

Finally, it calls on him to explain why cordectomies were performed when they appear to be scientifically and medically unnecessary.

Finally, he’s supposed to provide the average cost for each cordectomy performed.

Aside from the obvious horror of apparently unnecessary experiments being performed on puppies, this an insane case of over-the-top government waste with $1.68 million spent on an experiment involving forty four puppies.