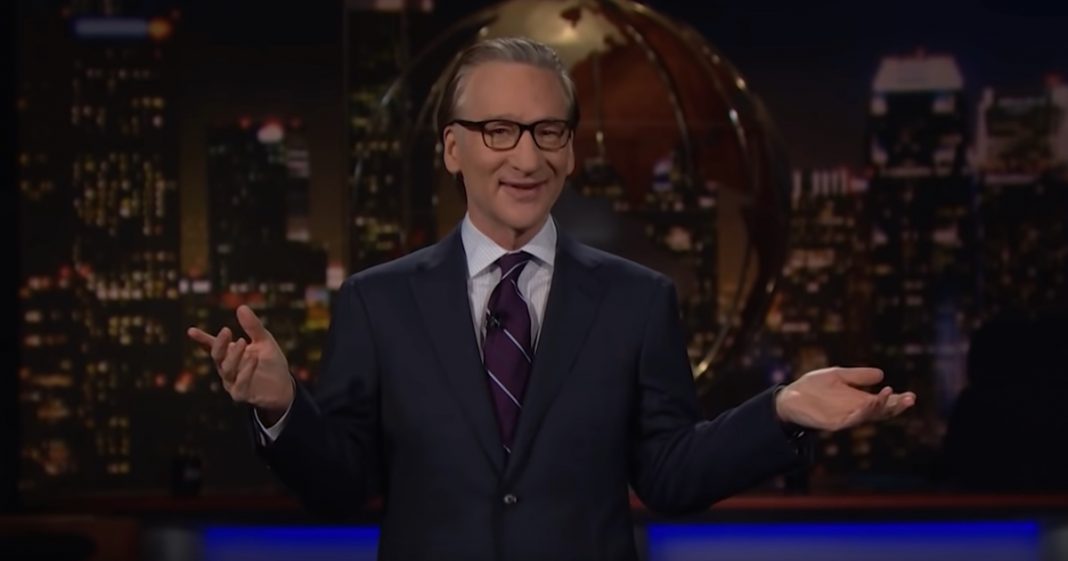 These days, simply existing and working through the day-to-day challenges of life in deep blue states can be cumbersome if not downright exhausting.

It’s not every day that a media personality in good standing with the far-left establishment goes off the reservation.

But now it’s gotten so bad that Bill Maher made a shocking prediction about what left-wing insanity will do to this state.

Maher and Corolla recalled onerous regulations that California residents must endure and referenced the hoops they had to jump through to set up their solar panels.

Maher said, “We know there’s been an exodus from this state. That’s partly because of high taxes and it’s partly because fire season is all year round. It’s also because people can’t f***ing do anything. I have a picture of eleven people at my house that finally showed. Eleven people. To turn on a lightbulb, basically, I had to build a shed to house the thing. I had to build its own home. Which could probably house the homeless, people could probably live in that shed. All the regulations that, I mean, I don’t know if it’s Orwellian, or Kafka-esque, or both of them, but it’s just strange. Very strange. The hoops you had to jump through to do something that the state was advising you to do. Solar power was something- I thought I was being a good citizen trying to hook up.”

Carolla said he had a similar experience installing solar panels, and that after reading all the state and county regulations he said to himself, “f*** it,” and stopped working on the project.

Maher agreed, saying that “is what so many people say about so many things out here [in California]. Eventually what they are going to say is ‘then f*** it to the Democratic party’. This is an Achilles heel to this party that they have to come to terms with. I mean, they couldn’t build a railroad, they tried, from L.A. to San Francisco. Same thing with the housing- the homeless thing. There are just too many people with their hand out. There are too many people who are unnecessary in this equation. This is kind of beyond politics and it will get hung on, deservedly so, the Democrats.”

Democrats are in complete control of the legislature in Sacramento and no Republican has been elected Governor in the state since 2006.

But just last month, San Francisco voters overwhelmingly cast their ballots to remove three members of the city’s school board, marking the first time in the city’s history members of the board have been recalled – all because the people had their fill of radical left-wing ideologues pushing their extremist agenda instead of doing what the taxpayers were paying them to do.

A Republican win statewide would be a tall order, but the impossible can become possible when the public is pushed too far.