Democrats refuse to police their own side.

Radical leftists are given a lot of leeway to commit crimes.

Now Antifa terrorists just got one unbelievable slap on the wrist for this horrific act.

The riots of 2020 led to dozens of murders and billions in property damage.

Many of the businesses burned down were lost forever because contrary to leftist’s beliefs, insurance does not cover rioting.

The people engaging in acts of violence were far-left radicals and criminal psychopaths.

Two of the rioters in New York City were Brooklyn-based lawyers Colinford Mattis and Urooj Rahman.

The two pleaded guilty to conspiracy to commit arson after getting caught firebombing a New York City Police Department vehicle. 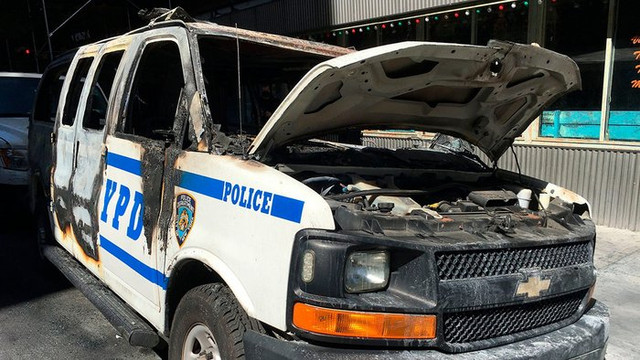 When the two were booked, Rahman was wearing a T-shirt with the clenched fist, a long-time communist symbol. 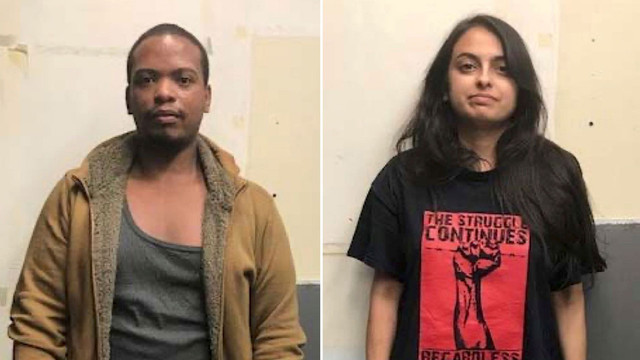 Despite engaging in a blatant act of terror, prosecutors in the case only pushed for a sentence of two years in prison.

On top of that, they were granted house arrest since the incident.

Meanwhile, some people who wandered into the Capitol on January 6 are still locked up in solitary confinement.

Patrick J. Lynch, President of New York City’s Police Benevolent Association, argued, “There is absolutely no justification for lowballing the sentence for an anti-police terrorist attack . . . It’s bad enough that these dangerous criminals have been allowed to sit at home for the past two years . . . Handing them a below-guidelines sentence would give a green light to other anti-police radicals who seek to advance their cause through violence. The judge must reject this request.”

The judge could still give Mattis and Rahman a maximum of five years, but they could have gotten ten years had the prosecution pushed for a terrorism enhancement.

It would be easy to argue that the two engaged in an act of terrorism.

However, because they’re ideological criminals on the Left, they will get institutional support from the Democrats.

The communist terrorists of the 1960s, ‘70s, and early ‘80s moved into respected Democrat circles without ever having to renounce their extremist views.

For example, Weather Underground terrorists Bill Ayers and Bernadine Dohn both because university professors after participating in countless bombing campaigns.

They were not at all alone in their transition from leftist domestic terrorism to academia.

Kamala Harris and Hollywood celebrities were paying bail for protesters and rioters, so Mattis and Rahman have a good chance of moving back into progressive polite society with relatively limited consequences.