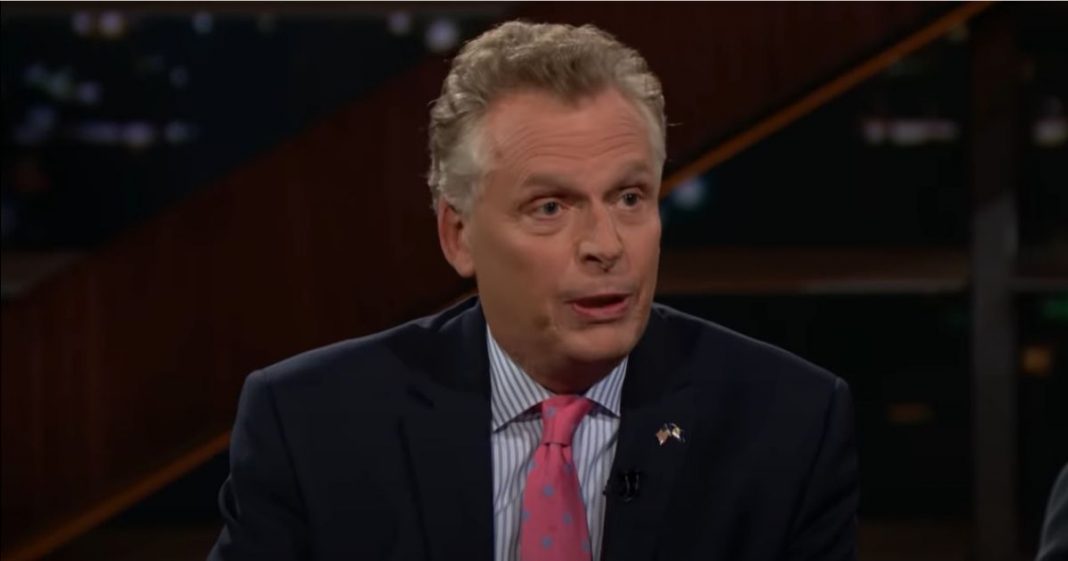 Democrats are ratcheting up their attacks on parents.

They never thought their monopoly on public education would ever be challenged.

Terry McAuliffe is in big trouble.

If McAuliffe loses, the Democrats would be looking at a massive red wave in 2022.

And with the election on the horizon, McAuliffe has some explaining to do about his connection to a law firm that went after young girls who were allegedly sexually assaulted on school grounds.

“A law firm that employed Virginia gubernatorial candidate Terry McAuliffe is being paid handsomely to fight victims of alleged sexual abuse in schools, on behalf of a school system that the girls say failed to protect them. In one case the Hunton Andrews Kurth law firm, where McAuliffe served as a senior adviser from 2019 until recently, is battling a young woman who says that she was repeatedly raped on her Fairfax County middle school campus as a 12-year old and that she was slashed with a knife, burned with a lighter, anally penetrated, and gang raped.”

Neither McAuliffe nor the firm would officially acknowledge if he still works there, but he apparently reported income from the firm in 2021.

“The girl in the middle school case said she was afraid of having her real name attached because one of her alleged tormentors had threatened to kill her if she came forward. The law firm is seeking to have the lawsuit thrown out because it was filed under a pseudonym, even though there is no dispute that the school system knows who she is. A judge rejected Hunton’s argument, but it filed an appeal on behalf of its client, the Fairfax County Public Schools (FCPS).”

McAuliffe stepped in it recently when he said parents should play no role in their children’s education.

He later doubled down on those inane comments, and his campaign is exposing the corrupt bargain between Democrats and the people in control of government education.

The schools are protected at all costs because there’s so much money and power at stake within the bureaucracy.

They claim that they’re advocating on behalf of kids, but in reality they’re fighting tooth and nail to protect schools against accusations of rape and assault.

The McAuliffe-linked firm has an extensive history of targeting young kids in service of defending the government schools.

Regardless of what happens in McAuliffe’s race, parents are finally questioning the old assumptions about government education.